Resting at the toe of India is the island nation of Sri Lanka. With rows of coconut palms, dense forests, and clear waters of the Indian Ocean, the country is an incredible offshore garden. One of the best ways to experience Sri Lanka is by train. In addition to the spectacular views of the diverse landscapes, you can also meet other savvy travelers or share curry and rice with the locals.

All aboard! Here are four of Sodha Travel's favorite train journeys in Sri Lanka:

If you want a slice of both the city and the countryside, book your train tickets from Colombo to Galle. Departing from Sri Lanka’s capital, continue along the coastal countryside as the Indian ocean washes up to the tracks. While sampling local snack boxes, enjoy the coastal breezes and watch families splash in the surf. On the approach to Galle, you will also catch a glimpse of the traditional stilt fishermen atop their wooden perch.

After arriving in Galle, be sure to visit the Galle Fort. Also known as the Ramparts of Galle, it was built by the Portuguese in 1558, fortified by the Dutch in 1649, and came under British control in 1796. The fort layout resembles a small town and residents still live inside the walls, including Sinhalese, Dutch, Germans, Portuguese, English, and Muslim Moors. 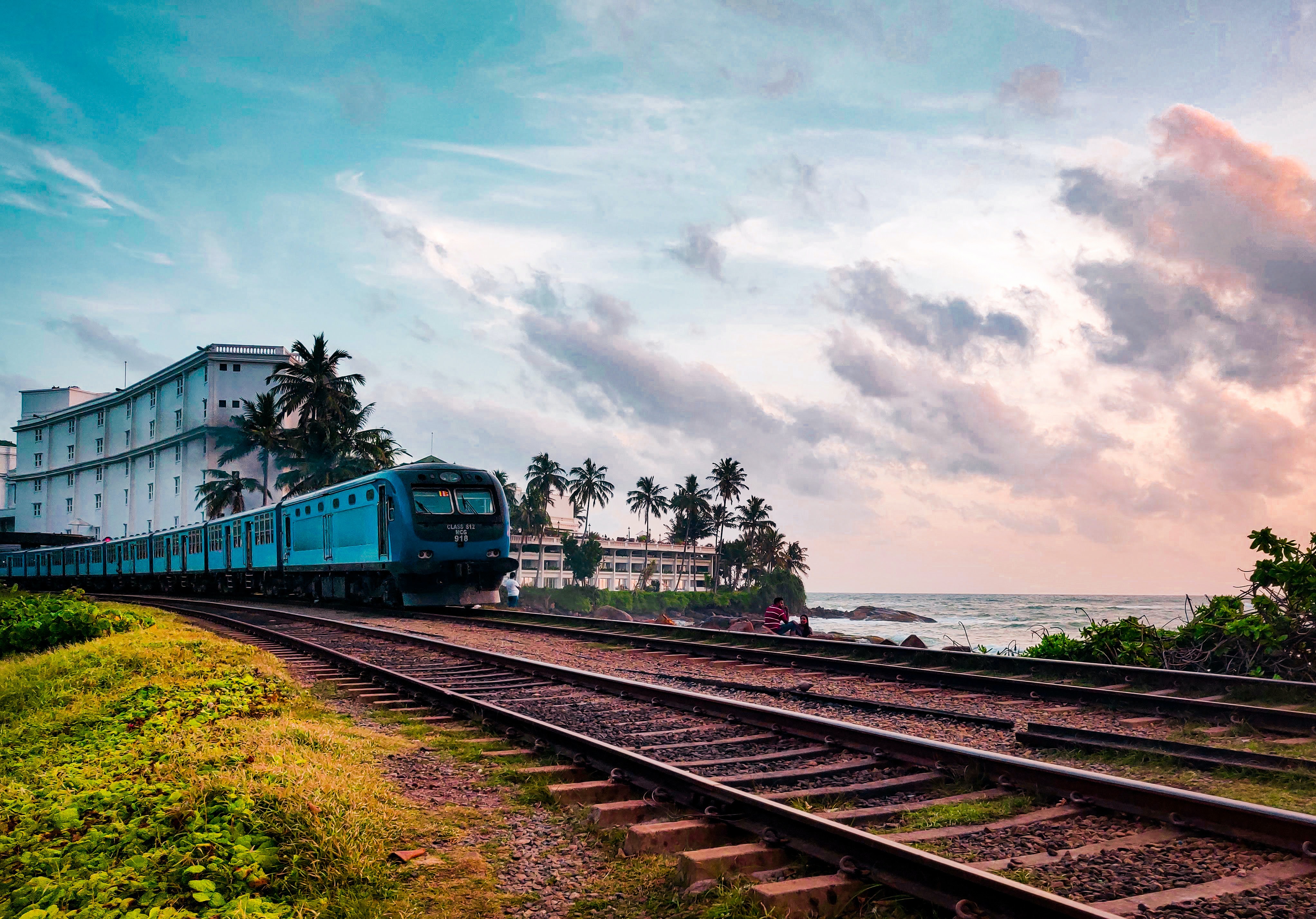 The rail journey from Anuradhapura to Jaffna has a turbulent past. Due to Sri Lanka’s civil war between the LTTE and the Sinhalese-dominated Sri Lankan government, the rail line was nonoperational from 1990 - 2014. After decades of conflict, the route from Sri Lanka’s ancient capital to the prominent Hindu colonial city was restored. Because Jaffna is known as the City of Temples, the trains are often filled with pilgrims or religious devotees - although savvy travelers are quickly discovering Jaffna’s idyllic (and less crowded) beaches. Be sure to visit the UNESCO archaeological site of Anuradhapura before the journey. Historical records show the city was founded in the 10th century BC, making it one of the oldest inhabited cities in the world. 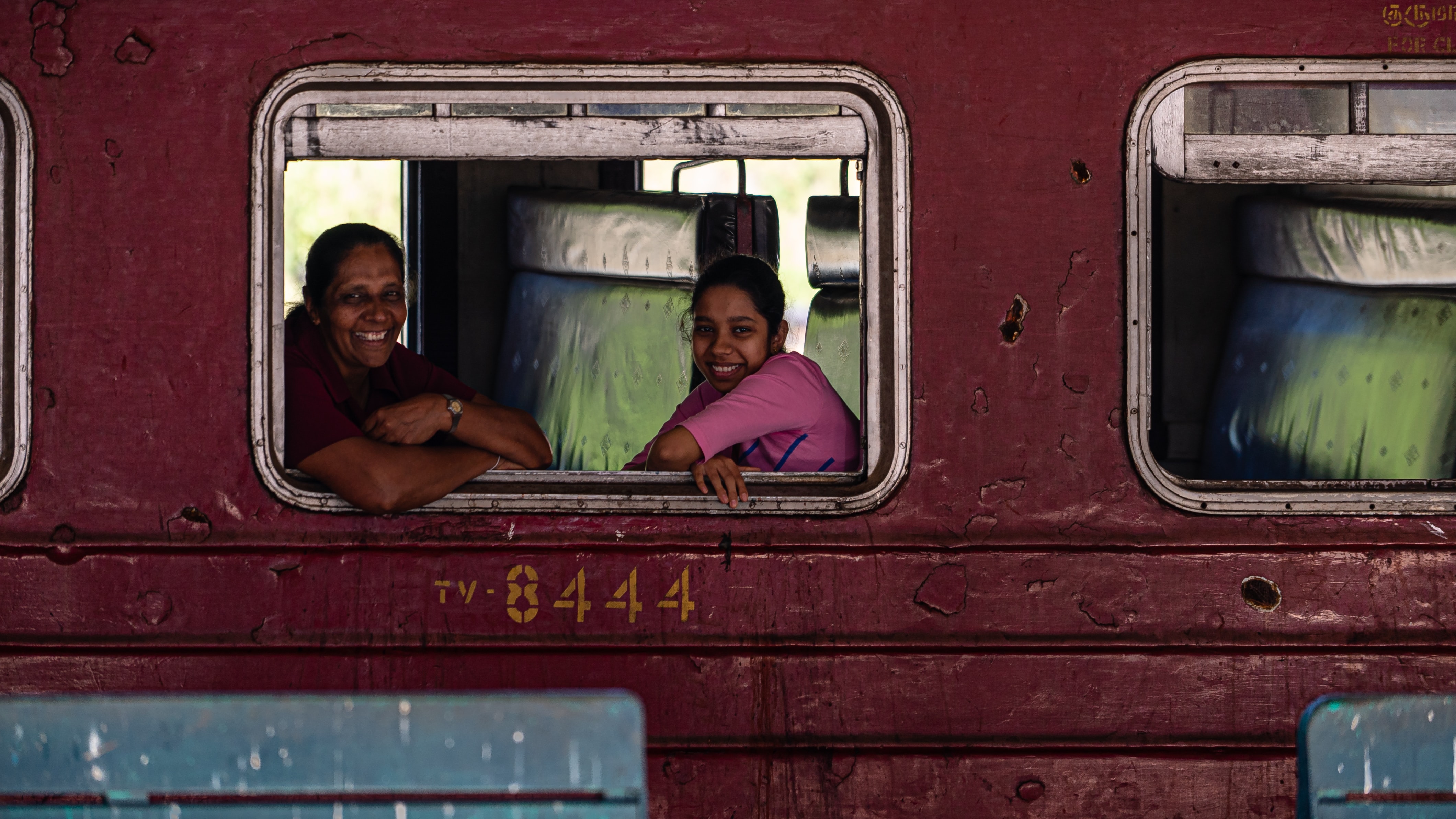 he Colombo - Kandy route was first established in the 1860’s to transport coffee and tea from Sri Lanka’s capital to the coast. The 3-hour journey takes you from the official capital to the spiritual capital, passing rolling hills, paddy fields, tropical forests, and villages. You’ll also relish the cooler air as you leave the baking coastal plain for a more temperate climate in the hills. As a short and scenic rail experience to hill country, this is a popular train for tourists and offers a comfortable introduction to Sri Lanka’s train culture.

Kandy to Badulla via Ella

The journey from Kandy to Badulla takes around 7.5 hours and is often considered THE most scenic train journey in the world. Reserve a seat in the panoramic carriage to view emerald green hills, tea plantations, and tea-pickers dressed in brightly colored saris. Many travelers end the journey at Ella, but it’s worth continuing to Badulla. The final, dramatic stretch includes the brick-and-stone Nine Arch Bridge, a marvel of 19th century engineering. The tracks curve over the bridge before circling the Demodara Loop, availing spectacular photo opportunities. If you can’t make it until the end, hop off at Ella and hike to viewpoints around the bridge.