Recreate Your Own 'The Jungle Book' Itinerary - Sodha Travel

Inspired by Rudyard Kipling's book of the same name, The Jungle Book has been adapted once again for the big screen. The plot follows Mowgli, a feral child raised in the Indian jungle by wolves, as his friends Bagheera the panther and Baloo the bear try to convince him into leaving the jungle before the evil tiger Shere Khan arrives. Pack your bags and go from reel life to real life on an action-adventure in the heart of India. Follow in the footsteps of Mowgli, Baloo, Bagheera, and Kaa as you recreate your own The Jungle Book itinerary.

Start your itinerary in Mumbai, considered the commercial and financial capital of India. Mumbai is also the birthplace of Rudyard Kipling and his home still stands on the campus of the Sir J.J. School of Art. Although the cottage bears a plaque stating the site where Kipling was born, the original building may have been torn down decades ago and a new one built in its place. The wooden bungalow is currently being refurbished with plans to be converted into an art museum.

Be sure to take time and explore the other notable sites in Mumbai: Dhobi Ghat, Gateway to India, Crawford Market, Marine Drive, and the old mansions in the Colaba area. Don't miss the Elephanta Caves - dating back to the 7th century, the caves are located one hour by boat from the Mumbai harbor. Four rows of massive columns cut into solid rock from three magnificent avenues lead to the outstanding three-headed sculpture representing Brahma the Creator, Vishnu the Preserver, and Shiva the Destroyer. Dedicated to Shiva, the beauty and power of these phenomenal sculptures depicting the various manifestations of Shiva is overpowering.

From Mumbai, fly to Nagpur and transfer to Pench (two hours). One of Central India's lesser known reserves, Pench National Park is situated in the Seoni and Chhindwara districts of Madhya Pradesh. A typical teak jungle, Pench supports a rich variety of wildlife including the tiger, leopard, wild dog, gaur, sambar, chital, and brilliant birdlife. The open habitat not only lends well to wildlife viewing, but it also offers striking views of the area's sheer beauty. The national park received international recognition from The Jungle Book. 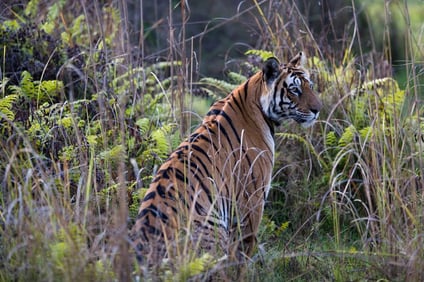 Book your stay at Jamtara Wilderness Camp, taking its name from the nearby village of Jamtara. The property not only provides the perfect opportunity for exploring India's wildlife, but it is the only camp located in close proximity to the park.

All tents feature an open and light design with wooden furniture and hardwood flooring, as well as private attached bathrooms with luxury amenities. The colonial safari-styled rooms offer superior lodging with space to relax after a day of jungle exploration. Just outside the bedroom area enjoy a spacious, private patio overlooking a riverbed that attracts wildlife throughout the year. 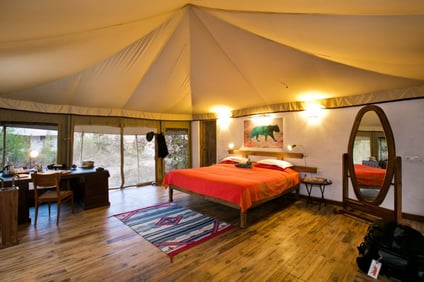 The pattern of early morning and afternoon excursions will be interspersed with periods of relaxation back at your lodge during the heat of midday. Although tigers are the star attraction at Pench, the supporting cast of mammals and birds is very impressive.

From Pench, drive four hours to reach Kanha National Park.The lush sal and bamboo forests, grassy meadows, and ravines of Kanha provided inspiration to Rudyard Kipling when writing The Jungle Book. Kanha National Park is one of Asia's premier wildlife reserves. In 1973, it was included among the first Tiger Reserves under Project Tiger.

One of the first lodges to be established in Kanha as early at 1982, Kipling Camp serves a legacy of conservation and a firm ethos of ‘treading softly’ in the forest environs of Kanha. Managed and owned by Belinda and Anne Wright, Kipling Camp is set close to the Kisli side and is the perfect access to the Kanha and Kisli zones of the national park. Kipling offers 14 double rooms in cottages under shades of trees with a nearby lake. The property is also home to Tara, the much loved elephant mascot of the camp. As part of its commitment to environmental and cultural sustainability, Kipling Camp employs and trains local villagers in the hospitality industry. 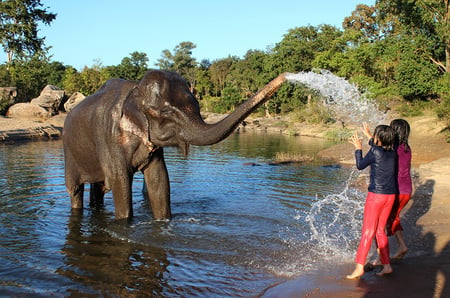 Reserve a guided nature walk that takes place in the buffer forest that adjoins the lodge. The walk is aimed at experiencing the forest through all five senses and awakening the sixth sense - intuition or instinct. Being on foot allows the senses to be permeated by the jungle and opens a secret world that is normally missed when in a vehicle on safari. The focus of the walk will be on wildlife viewing but with an emphasis on interpretation of tracks and jungle signs. The length of walks can be tailored but typically last a couple of hours, stopping en-route for refreshments/picnics.

In addition to game drives and naturalist activities, take time to explore the neighboring villages inhabited by the Gond Tribe. Being forest dwellers, the tribals hold great respect for the land and its fauna. Mohgaon, Baihar, and Sarekha are three village marts -  operating on different days of the week - offering a chance to experience the charming chaos of traditional markets. On offer you will find fresh farm produce, seeds and saplings, spices, bamboo wares, earthen pots, and ethnic jewelery. 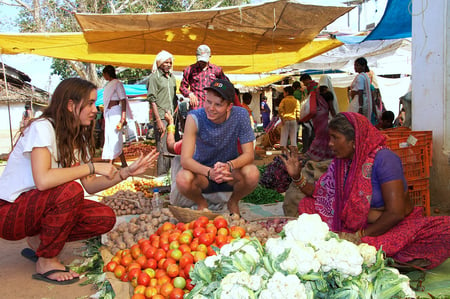 From Kanha, you have the option to return to Mumbai for your departure or continue to Delhi/Agra/Jaipur.