7 Unique Palaces to Visit in India

Although the Indian Monarchy was abolished in 1971, the beautiful palaces built by rulers and royals are a testimony to the glorious past. These grand spaces provide an unprecedented glimpse into the opulent era, as well as showcase the social and cultural facets of the regal life once lived by the Maharajas and Nizams. The best part? Many of India’s palaces are open to the public with just a small entrance fee, so travelers don’t need to spend a fortune to access these royal abodes.

From Udaipur to Hyderabad, here are seven unique palaces to visit in India:

The stunning City Palace of Jaipur was built in the late 1720’s by Maharaja Sawai Jai Singh II. Located in the center of Old Jaipur, the palace is an amalgamation of three different styles - Rajput, Mughal, and European. The entire palace is structured in ‘Grid Style’ with four gates to enter and exit. The museum features antiques and belongings of the royal family and the residential area is accessible to the general public for an additional fee. Inside are smaller palaces, lush green gardens, courtyards, and open terraces.

The detailed carvings on the roof and beautifully sculpted walls adorned with mirrors and hand paintings. Recently, the Royal Family of Jaipur opened their private space for overnight guests. The gorgeous Gudliya Suite in the 300-year-old City Palace is now listed on Airbnb’s website. 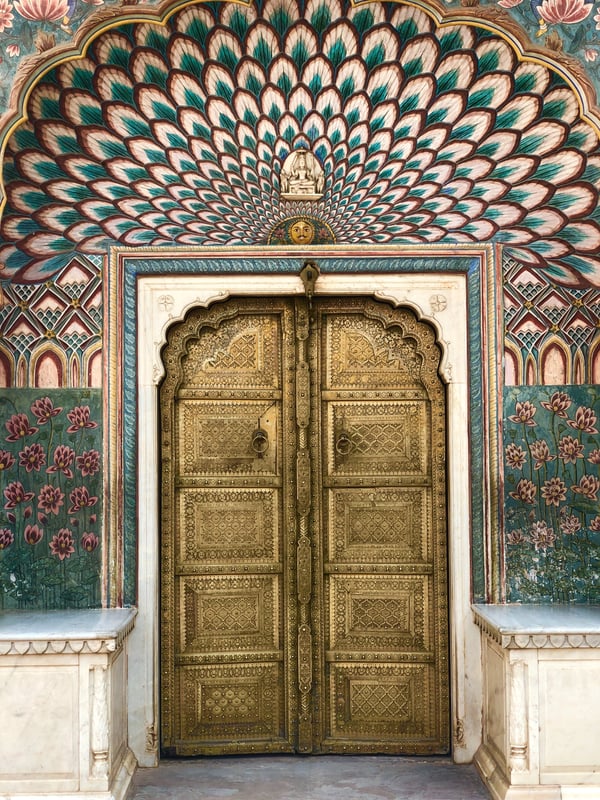 Nestled peacefully on the banks of the tranquil waters of Lake Pichola is the magnificent City Palace of Udaipur. Though Maharana Udai Singh built the initial structure, the present day complex is the result of subsequent additions by his successors. It took 22 kings to finish the architectural marvel, considered one of the largest royal complexes in Rajasthan.

Built in a fusion of Mughal and Rajasthani architecture, the palace is perched on a hilltop with panoramic views.  There are several smaller palaces within the complex with towers, balconies, murals, and cupolas exhibiting delicate mirror work, silver-work, wall paintings and inlay of colored glass. They are all interconnected through a number of zigzag corridors and quadrangles.

Similar to the City Palace in Jaipur, the royals still reside at the palace. The Shiv Niwas Palace and the Fateh Prakash Palace, the final additions to the complex, have been converted to impeccably decorated heritage hotels managed, allowing dignitaries, celebrities, and savvy travelers to reside with royalty. 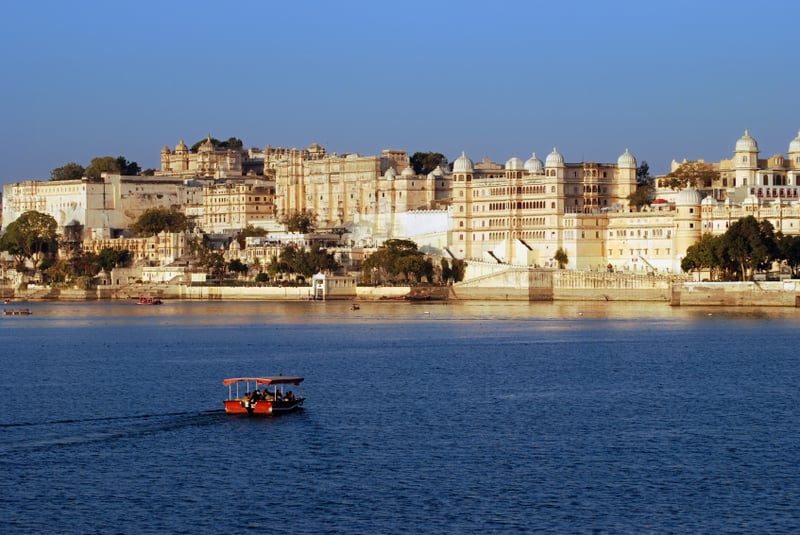 The Jai Vilas Palace was built by the Maharaja of Gwalior to ensure a grand welcome for King Edward VII in 1874. Today it serves as a residence for the descendants of the royal Maratha Scindia family. The three-storied palace is a blend of Tuscan, Italian, and Corinthian styles of architecture with 400 rooms and a large Durbar Hall that features gold furnishings, exquisite chandeliers, and posh carpets. The palace also serves as a museum stretched over 35 rooms with exhibits of traditional weaponry, historic documents, an art gallery, and a library that comprises more than 5,000 books. Be sure to view the 3500 kg chandelier and the silver train in the dining area that was used to serve food to guests. 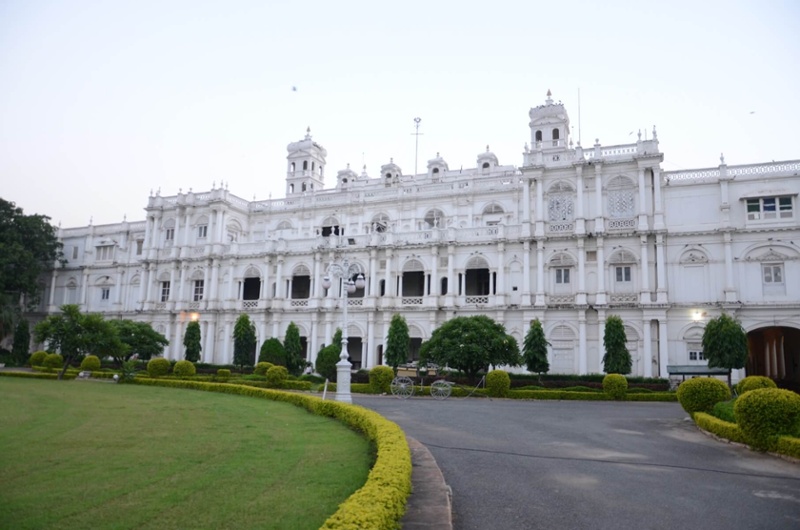 Laxmi Vilas Palace, one of the most majestic structures in India, was the largest private dwelling with a size equivalent to four times of Buckingham Palace. Constructed in 1890, it took almost 12 years to complete and is still home to the royal family of Vadodara. It was built in the Indo-Saracenic style, a hybrid of Hindu, Gothic, and Mughal architectural forms with the presence of domes, minarets, and arches. This 700-acre palace compound includes the Moti Baug Palace, Makarpura Palace, Pratap Vilas Palace, beautiful Navlakhi stepwell, Maharaja Fatehgarh museum, and a small zoo.

With elevators, western plumbing, electric bells, and internal telephone systems, the palace featured modern amenities reminiscent of a European home. At the time of construction, it was one of the most expensive palaces built with a total cost of approximately £180,000. It is believed that the architect, Major Charles Mant, came to the conclusion that his calculations were wrong and hung himself assuming the palace would not last long. However, the opulent structure stands strong even after 125 years. 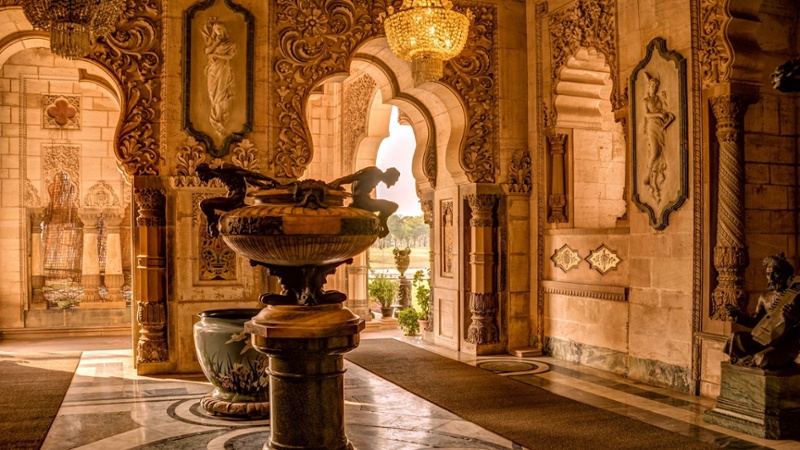 For the history lovers, Chowmahalla Palace is a must visit. Almost 200 years old and once the official seat of the Nizams of Hyderabad, it is known for its architecture and beauty. One of the most impressive features of the palace is its imposing architecture with inspiration from Persian, Rajasthani, Indo-Saracenic, and European styles.  The façade is made of an intricate network of beautiful domes, large windows, dramatic arches and delicately carved out designs. The massive grounds feature lush green gardens, marvelous fountains, and numerous smaller palaces.

The Khilwat Clock above the main gate of the palace has been operating continuously for over 250 years. In 2010, the Asia Pacific Mary Award for UNESCO’s Cultural Heritage Preservation was awarded to the palace. Also on display is the Rolls Royce Silver Ghost car of the Nizam, made to order in 1911. The car was used for ceremonial occasions and in the last 100 years it has clocked just 356 miles. It is a priceless car and a feather in the cap for the Indian Automotive Heritage. 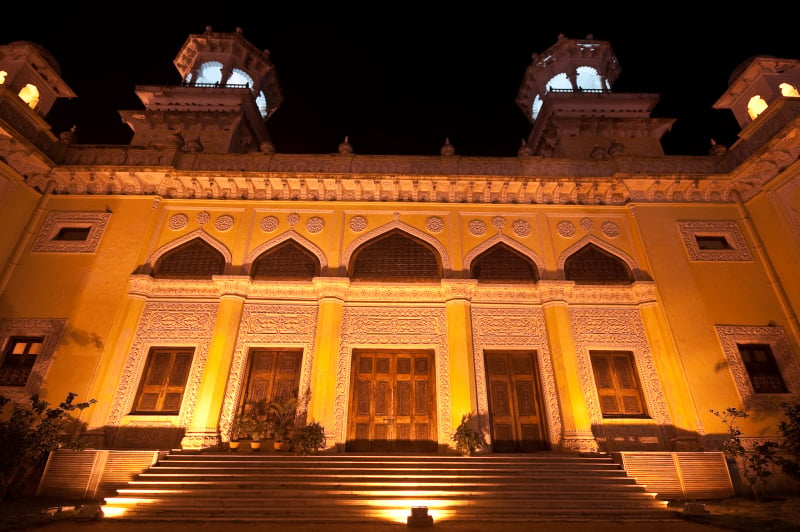 The Mysore Palace was built in 1912, after 15 long years, for the 24th Ruler of the Wadiyar Dynasty. Located in the state of Karnataka, it is a premiere example of Indo-Saracenic architecture and features a three-story stone palace with two durbar halls, several courtyards, gardens, exquisite buildings, an antique dolls pavilion, and a royal portrait gallery. The complex also houses nearly 12 Hindu temples.

Every Sunday, bright gold lighting from 97,000 bulbs make the palace shine like a bejeweled queen.  It is believed that the palace attracts more than 6 million visitors every year, making it the second-most visited monument in India after the Taj Mahal. Mysore Palace is also the venue for the 10-day Mysore Dassara festival, hosting several parades and processions. 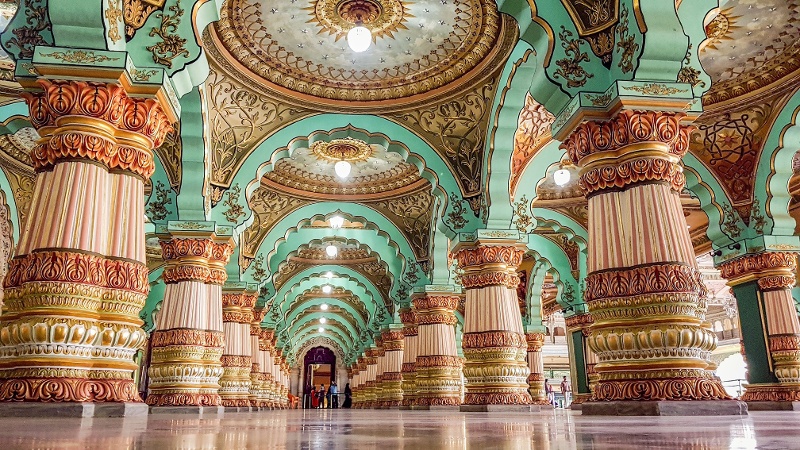 With almost 350 rooms, the Umaid Bhawan Palace is one of the world’s largest private residences. Home to the royal Jodhpur family, the palace has one thing in common with the iconic Taj Mahal at Agra—the palm court marble used in its construction. Perched on a hilltop, the palace offers spectacular views of the Blue City and the majestic Mehrangarh Fort.

Part of the complex has been converted into a heritage hotel managed by the Taj Group and was recently awarded the World’s Best Hotel. The museum is open to the public for a nominal fee and houses vintage clocks and pictures of art-deco interiors, murals, paintings, and unique household paraphernalia. There are also classic vintage cars displayed in the front garden of the Bhawan. 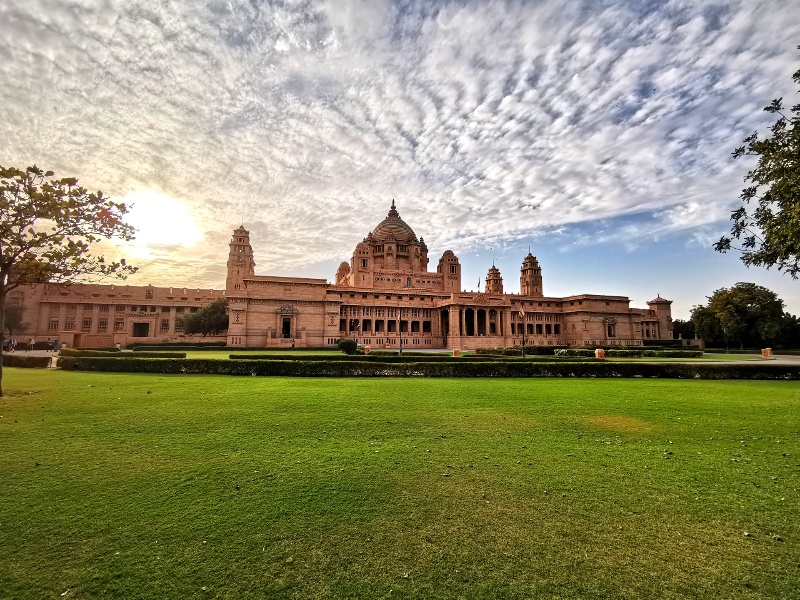