Did you know that Sodha Travel has a department that caters exclusively to India adventure programs? Condé Nast Traveler India recently published their list of India's 10 Best Treks. Beyond the trekking, Sodha Travel also offers a jeep safari in the Himalayas, river rafting on the Ganges, and an elephant safari in Corbett National Park. Pack your bags, explore nature, and get up close and personal with India's wildlife. Here are a few of Sodha Travel's most popular India adventure tours:

Originating in the Himalayas, the Ganges is an ideal river for rafting in India. Its many tributaries add to the volume of water while its step and pool make it one of the safest expeditions. Additionally, the Ganges is considered the most sacred river in India, worshipped by Hindus as Mother Ganga. Together with an elephant safari in Corbett National Park, one of India's legendary wildlife reserves, enjoy an extraordinary journey through the foothills of Northern India.

River Rafting in the Ganges

The Singalila Ridge is an imposing Himalayan divide between Sikkim and Nepal. The trail offers commanding views of Mt. Everest in Nepal, Mt. Kanchenjunga in Sikkim and Mt. Chomolhari in Bhutan. Nowhere else in the world do such steep heights offer a rich variety of flora and fauna with magnificent and unobstructed views. 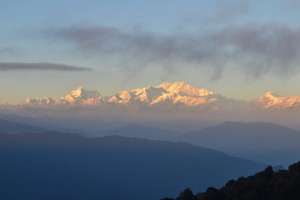 Enjoy a jeep adventure through the most spectacular mountain passes in the world. In this safari, drive across the Himalayas, en-route viewing the second highest peak in the world—K2. In between elevated passes and spectacular gorges, traverse the legendary Moore plains and the surrealistic steppes of Sarchu. Also, drive over Khardung La, the highest motor able road pass in the world.