Our last post highlighted the Sodha Travel team's suggestions on Places to Visit in India in 2014. Continuing with our series, we now journey to Nepal. Nepal is an enchanting kingdom, nestled in the Himalayas between China and India. For a small territory, the country boasts an uncommonly diverse terrain, including eight of the world's top 10 highest mountains. Nepali folklore is often illustrated in dance and music and the people are open to sharing their traditions. Although tourism is steadily increasing, Nepal's remote location has kept the culture widely unaffected from outside influences. Nepal was also listed on The New York Times 52 Places to Go in 2014.

Here are our recommended 2014 Nepalese experiences:

Explore Intimate Spaces: Day with a Newari Family in Patan

This experience takes you to Dhakhwa House – a beautifully renovated Newari house located in the heart of Patan. Your hosts are Prakash and Premila - a veteran mountain biker and housewife, respectively. After a brief discussion on Newari culture and lifestyle, one of the family members will take you to the local market. It’s a fascinating walk that winds its way through the complex interlinked courtyards and lanes of the old town. The stroll offers great great insight into the lifestyle and traditional structure of Newari villages, with their many bahals (courtyards), hiti (water tanks) and tun (wells). You will be provided with local currency to bargain and buy spices, vegetables, and drinks in the market. Then, stop for snacks in the restaurant owned by your hosts. Back in the Dhakhwa House, join Premila in the kitchen to cook traditional Newari food and treats. 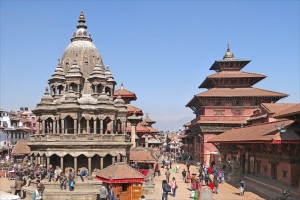 The Story of Kathmandu’s Bahals (Courtyards)

Travel through centuries of history of the old bahals (courtyards) of Kathmandu. There are 270 bahals in the Kathmandu Valley with some 150 in Kathmandu City alone. Join a trained engineer and energy planner (who is also a friend of our Kathmandu team) for a journey back in time. Your guide for this walk credits the preservation of Kathmandu’s art, heritage and culture to the occasional super quakes that rattle the city. As the cities had to be rebuilt every hundred years or so, the skills of the artisans were preserved and passed on during the reconstruction works. Perhaps similar was the history of the 500-year-old Chusya Bahal where contrasting ancient wood works exist side by side with modern replacements. Stop at Tachhe Bahal which is near Ason Chowk, the home to the famous Annapurna Temple. Legend has it that the temple dedicated to the Goddess of Plenty was placed there to inspire artists and craftsmen to be more creative. Next visit Jana Bahal, one of the most amazing examples of medieval Nepali art. 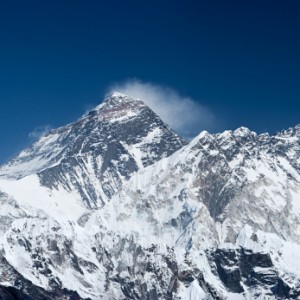 Mountaineers unite! Nepal plans to open access to 165 new peaks in Kachenjunga this year, including 13 above 23,000 feet. In response to the perilous overcrowding at Mt. Everest AND to boost revenue, there are proposed initiatives to open peaks in the Everest region, as well - all over 26,250 feet.