Several of the world's religions have roots in South Asia, most notably Hinduism and Buddhism. There are hundreds of thousands of spiritual and religious sites, ranging from the natural to the supernatural. From island temples to mountainside monasteries, here is Sodha Travel's list of 10 sacred spaces to visit in South Asia. 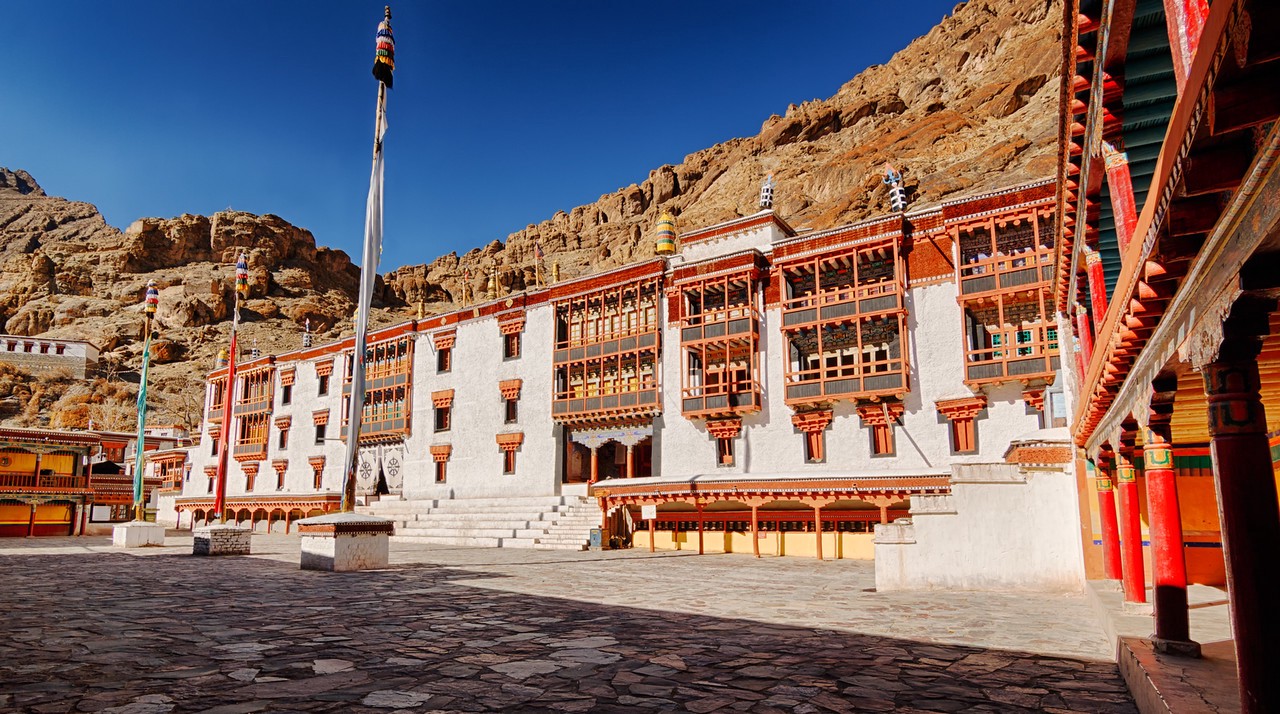 Nestled in Ladakh, India on the banks of the Indus River, Hemis is the largest Buddhist monastery in the region. The rich collection of the monastery includes gold and silver stupas, copper statues of Buddha, murals, holy Thangkas, and other ancient artifacts. Try and plan your visit during the annual Hemis Festival when the courtyards come alive with mystic mask dances and ceremonial music. The observance of these sacred rituals is believed to offer spiritual strength and good health. 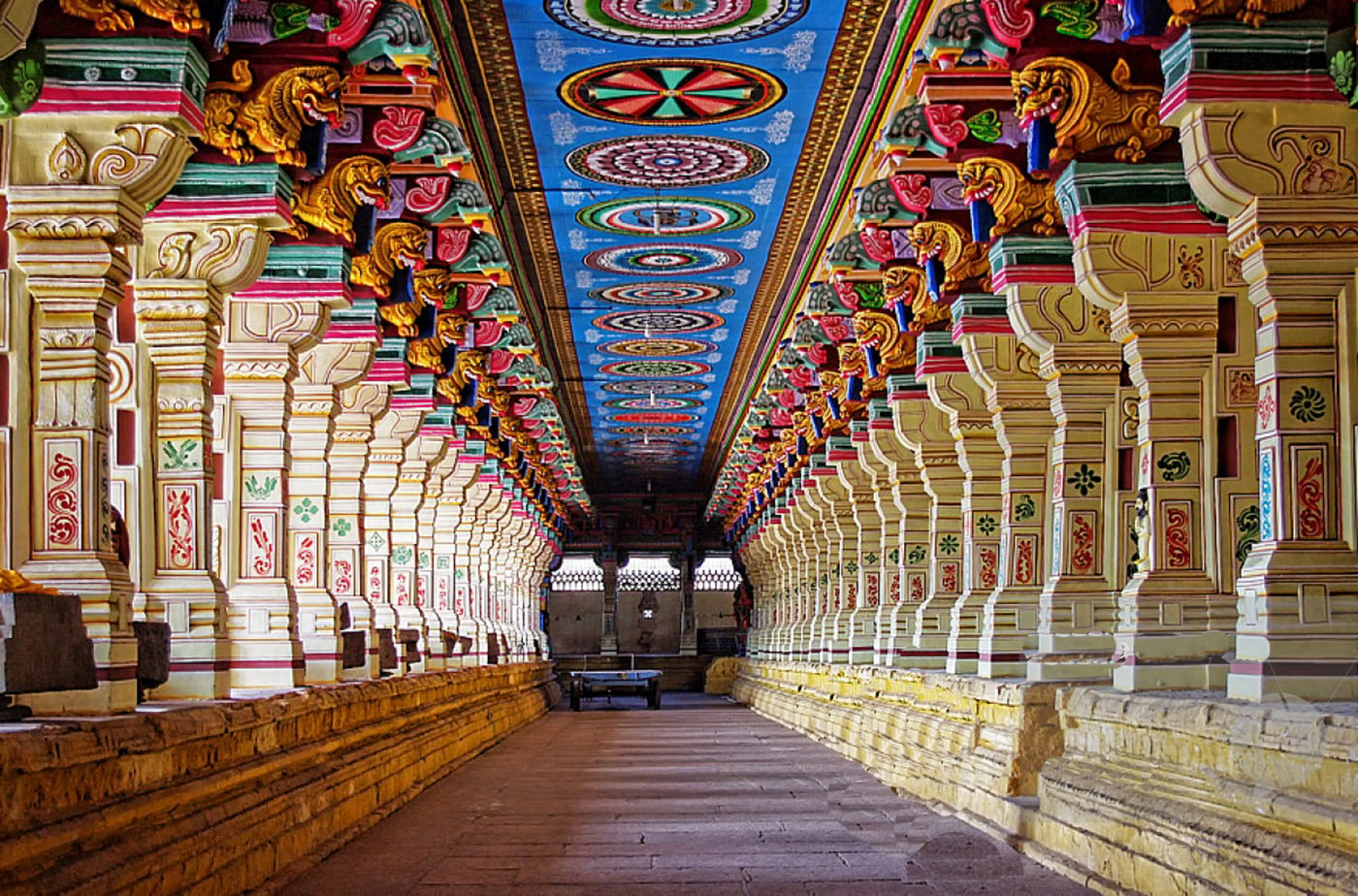 One of the dominant Hindu pilgrimage sites in South India, Rameshwaram is located on Pamban Island in Tamil Nadu. It is renowned for its beautiful history and temples. Rameshwaram is one of the four destinations included in the Char Dham pilgrimage. The Ramanathswamy temple, housing 12 jyotirlingas, has a long corridor which serves as an ideal space for meditation. According to the Hindu epic Ramayana, Rameshwaram was the place where Lord Ram built the bridge to reach Lanka.

Dating back to 400 B.C., Pashupatinath is the oldest Hindu temple in Kathmandu. Located near the Bagmati River, the main temple complex consists of 235 small temples dedicated to many Hindu Gods, including  Pashupatinath, Vishnu, Shiva, and Hanuman. The temple is filled with a positive aura and is a ‘center of energy’ for all those who are striving to experience the true essence of spirituality. Visitors can witness a plethora of devotees indulged in their spiritual practices as well as public cremations. 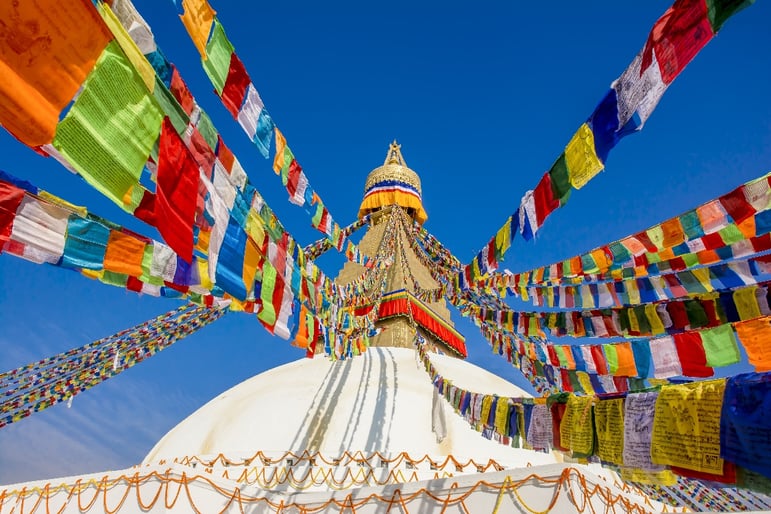 Also known as the Monkey Temple, Swayambhunath has stood as a hallmark of faith and harmony for centuries with Hindu temples and deities incorporated in a Buddhist site. Some of the impressive monuments include the gold-plated Vajra (thunderbolt) set in the east side of the stupa, the enchanting Buddha statue on the west side of Swayambhu, the Dewa Dharma Monastery noted for the bronze icon of Buddha, and traditional Tibetan paintings. The temple is dedicated to Goddess Harati, revered as the goddess of all children. 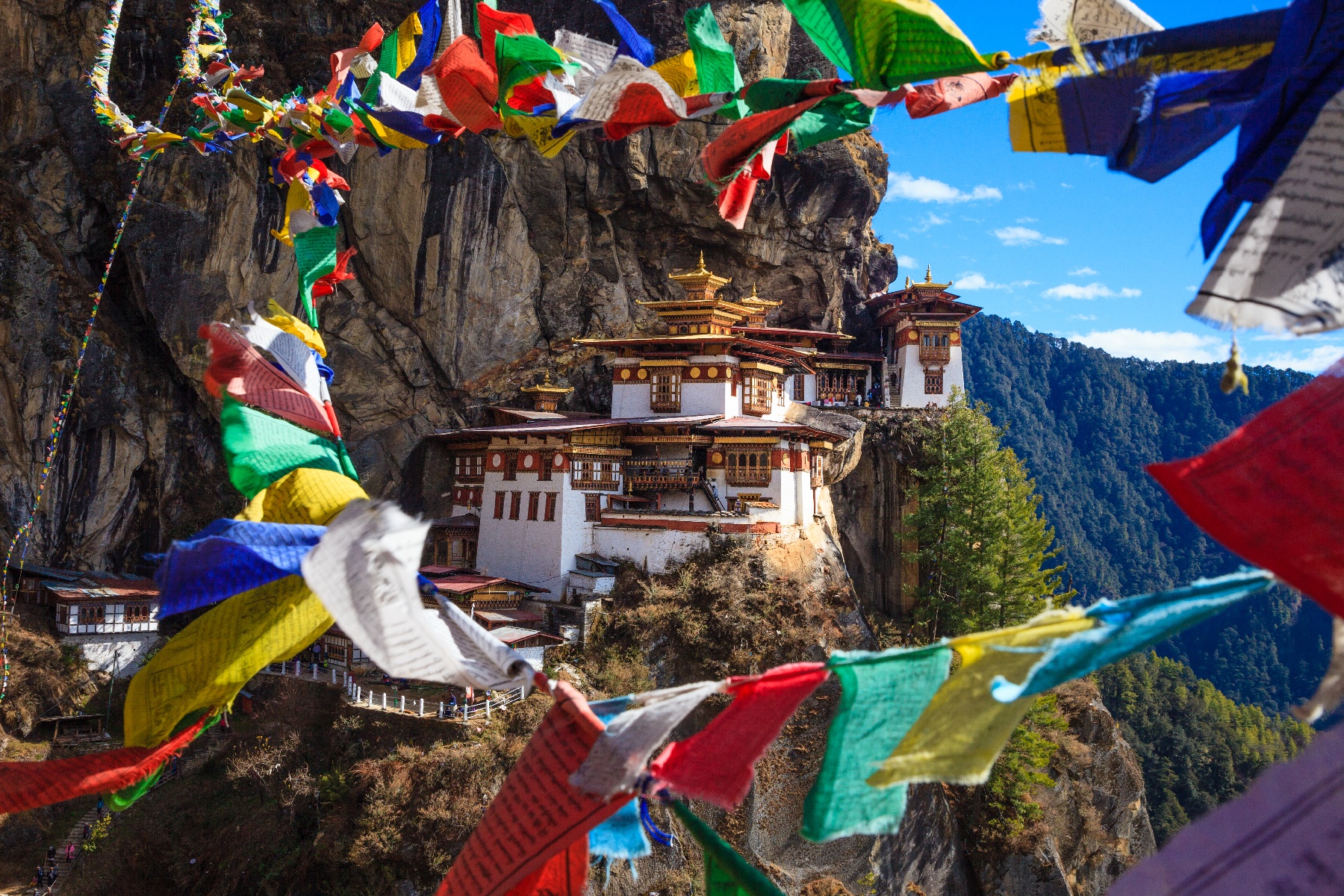 Located 900 meters above the upper cliffs in Paro Valley, Tiger's Nest is an icon and architectural marvel. While Bhutan is renowned for its monasteries, Paro Taktsang stands apart is its religious and historical significance. It is believed that Guru Rinpoche, founding father of the Bhutanese form of Mahayana Buddhism, arrived here on the back of a tigress and meditated at this monastery. The main structure was severely damaged by fire in 1998, but after many years of painstaking restoration work, the complex has now been fully restored to its former glory. 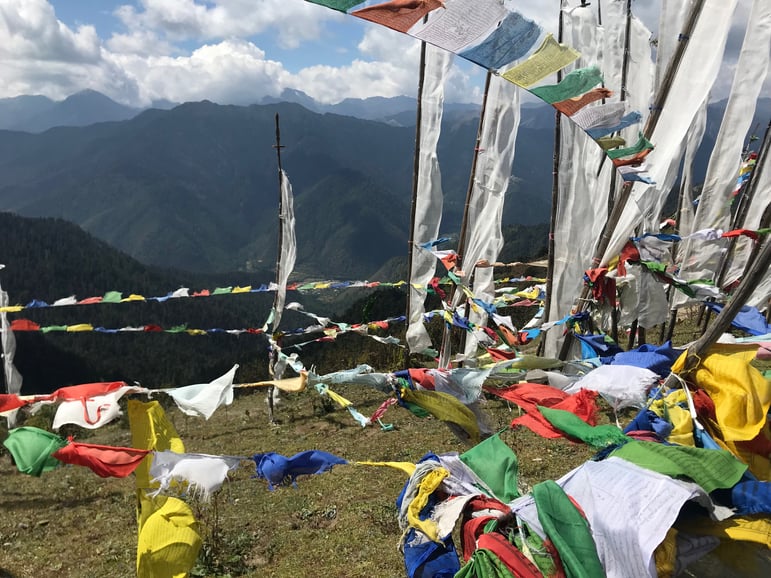 Established as a meditation site in the 9th century, Kila Gompa is considered the oldest nunnery in Bhutan. Several temples and retreat huts are pressed dramatically against the cliffs where approximately 70 nuns live in self-imposed isolation.  Located off the popular tourist circuit, Kila Gompa is also fondly called "the second Tiger's Nest" by the locals. The scenic hike takes one-hour in each direction from Chele La, the highest motorable road in Bhutan with numerous chortens and fluttering prayer flags.

Locally known as Wat Phra Yai, the seated Buddha statue was built in 1972 and has become a popular tourist attraction in Koh Samui. The Big Buddha is actually one of the first landmarks greeting travelers to the lush island. The statue showcases Buddha’s journey to enlightenment through meditation as he subdued the obstacles and dangers thrust at him by the Lord of Illusion, Mara. A symbol of purity and higher consciousness, Wat Phra Yai has elements of animism, Brahminism, and Buddhism in its architecture.

Wat Pho, the Temple of the Reclining Buddha, is one of Bangkok's oldest temples. As the name suggests, the temple is famed for its giant reclining Buddha that is 46 meters long and covered in a gold leaf pattern. Wat Pho is classified first on the list of Thailand's royal temples and it is considered the earliest center for public education in the country. Bonus: The sacred space was the birthplace of traditional Thai massage that is still taught and practiced at the complex. Reserve your service in advance! 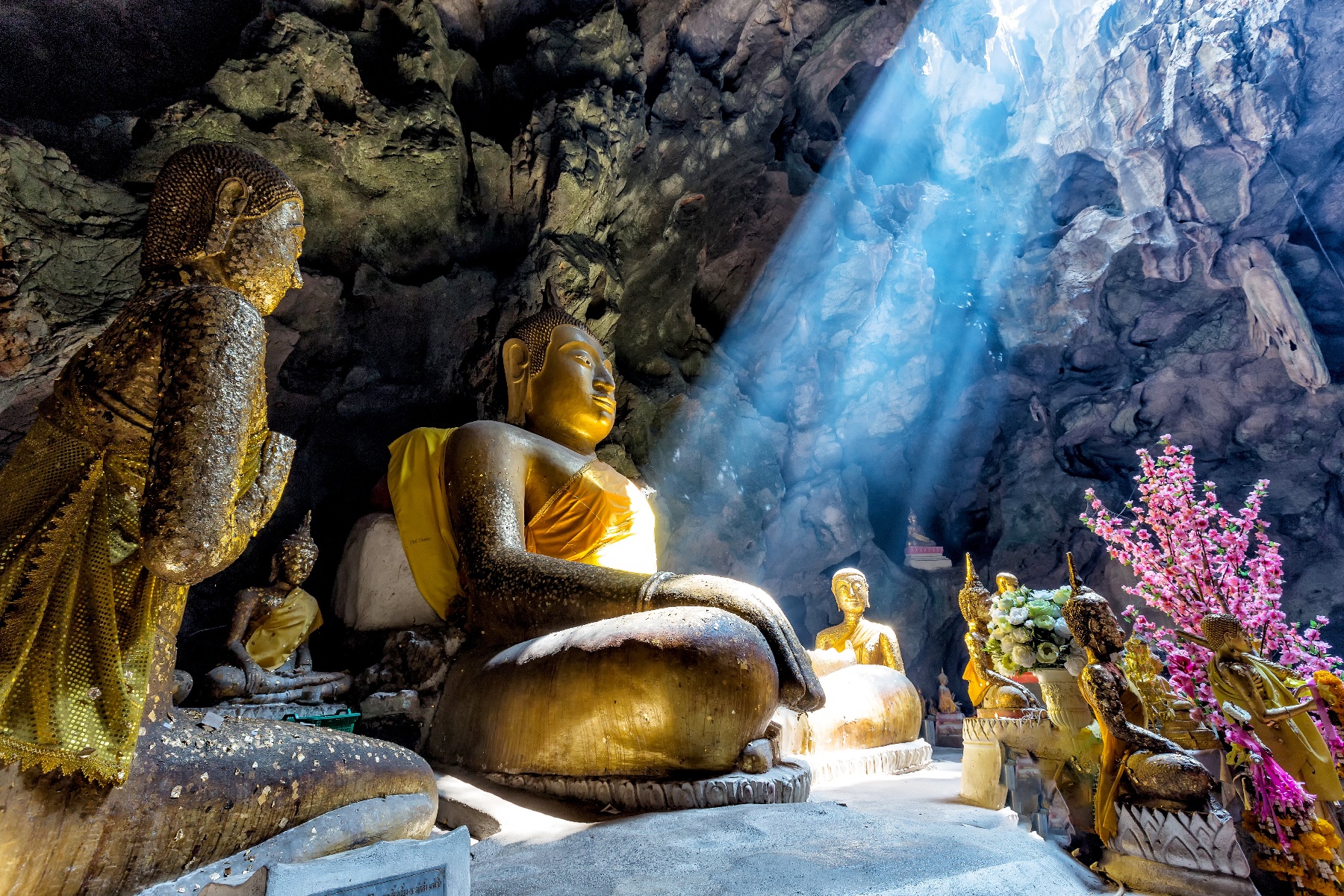 Dambulla is the largest and best-preserved cave temple complex in Sri Lanka. There are more than 80 documented caves in the area but the major attractions are spread over five caves that contain statues and paintings. There are approximately 200 steps to reach the top but the climb is not strenuous and can be done at a leisurely pace. The best time to climb is in the early morning or the late afternoon to avoid the heat. 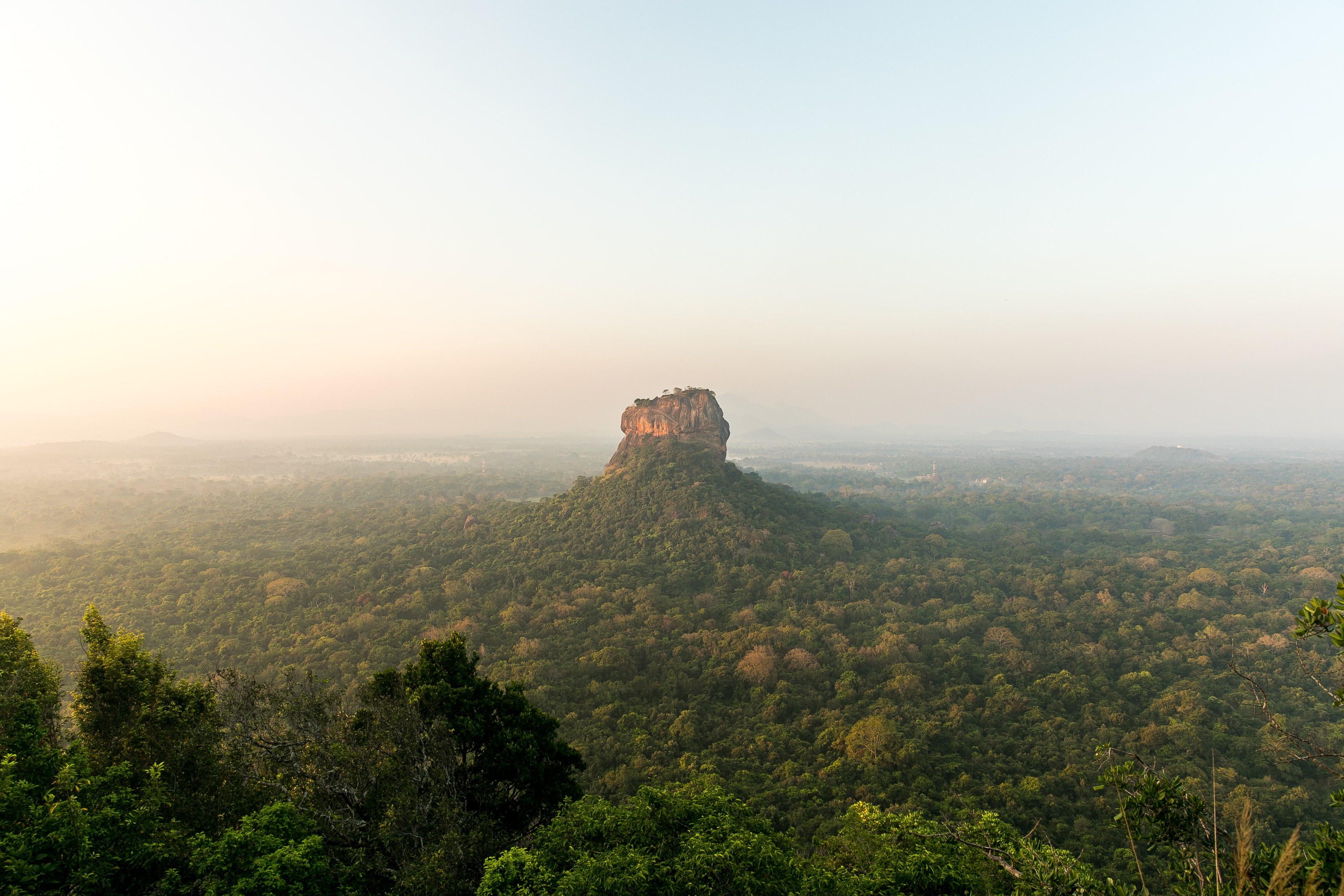 Many travelers include a hike to Sigiriya in central Sri Lanka, but overcrowding can create long lines and obstructed photos. Instead, consider the neighboring monastery complex of Pidurangala. The temple is believed to have been established in the 2nd century BC and played a significant role during the reign of King Kassapa. The ascent to the summit is an experience for those seeking an adventure off the tourist circuit. Bonus: Upon ascending the boulders, the views of the Sigiriya fortress are majestic.