Exploring the Seven Wonders of Thailand

Grandiose palaces, scenic wildlife, idyllic beaches, and magnificent Buddhist temples. These are undeniably some of the most well-loved attractions in Thailand. The country is overflowing with cultural and natural spaces defined by neighboring influences. Check out these seven wonders of Thailand on your next visit to the Land of Smiles: 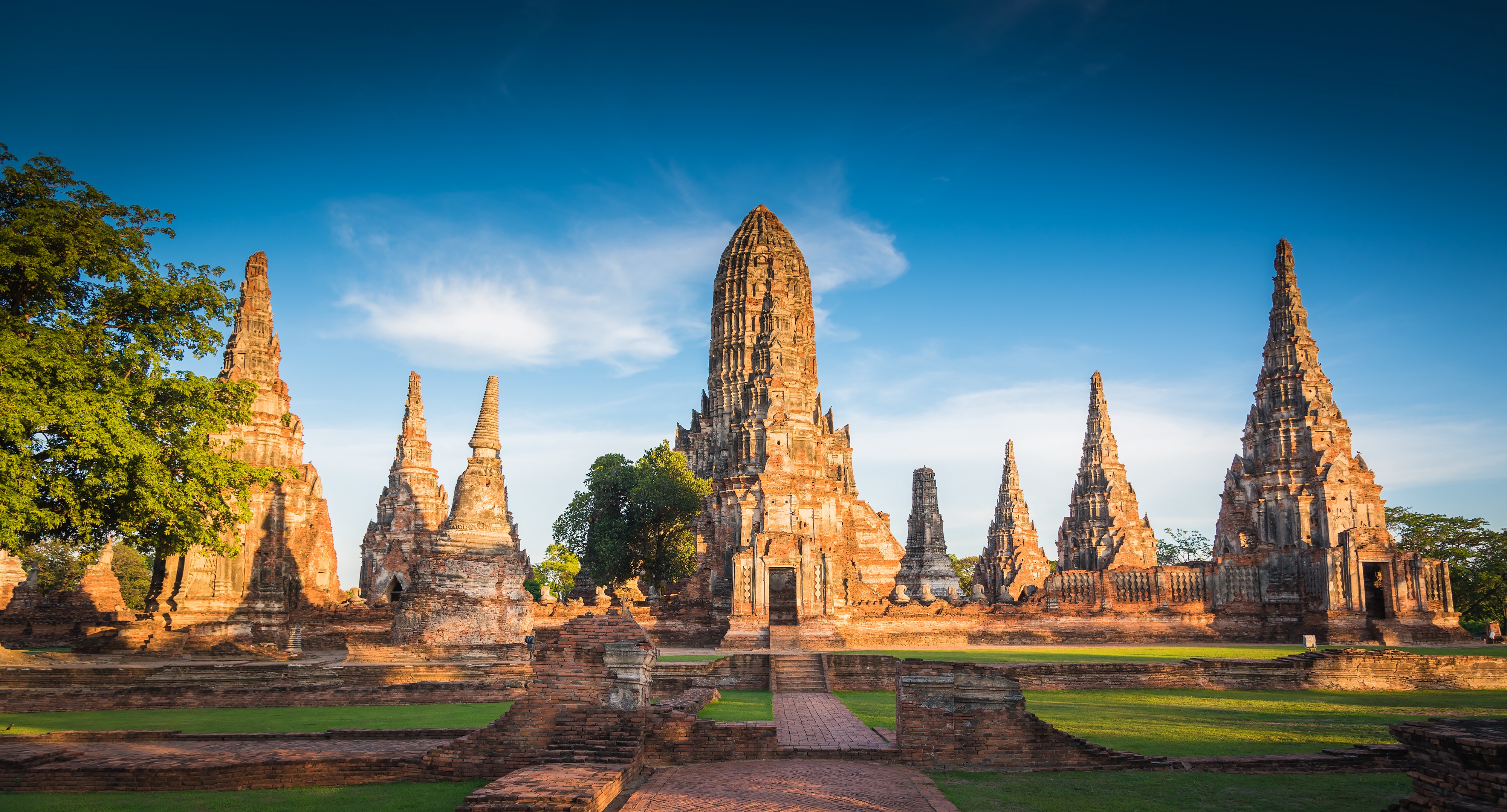 Ayutthaya is Thailand‘s archaeological gem, brimming with Buddhist temples, monasteries, and ancient statues of monumental proportions. Dating back to 1350, the city had a rich and turbulent history with a fair share of glory and strife. Ayutthaya Historical Park is a must-see for history buffs and admirers of archaeology. The park incorporates the zone designated as a UNESCO World Heritage Site and comprises 67 stunning temples and ruins. We recommend returning to Bangkok by boat for views of the traditional river life. 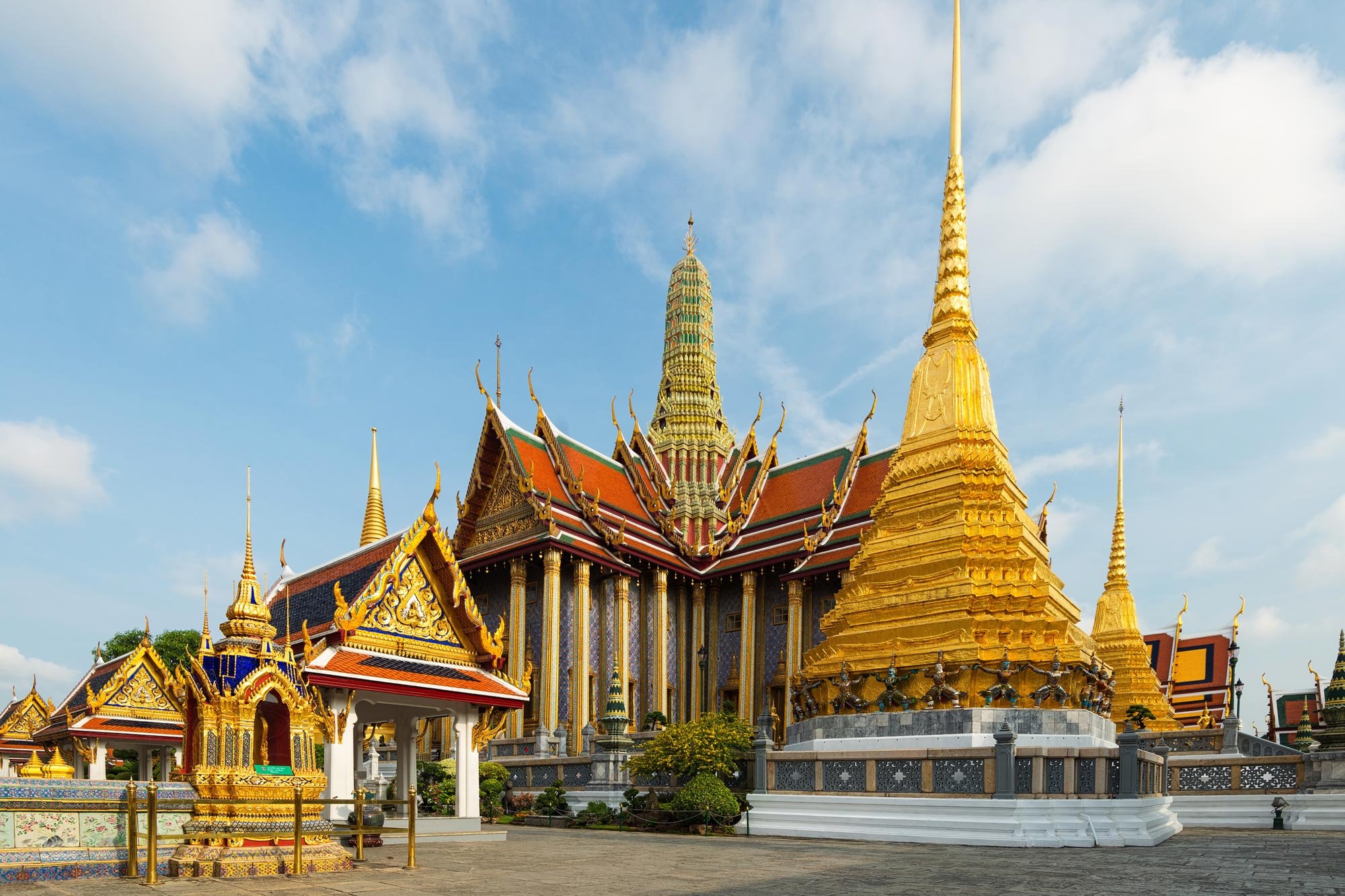 The majestic Grand Palace is considered the most famous landmark in Bangkok. Built in 1782, it was the official residence of the Thai King, the Royal court, and the administrative seat of government for 150 years. The palace houses several impressive buildings including Wat Phra Kaew (Temple of the Emerald Buddha), which contains the greatly revered Emerald Buddha that dates back to the 14th century. Because the Grand Palace is considered a sacred site in Thailand, visitors must follow a strict dress code. 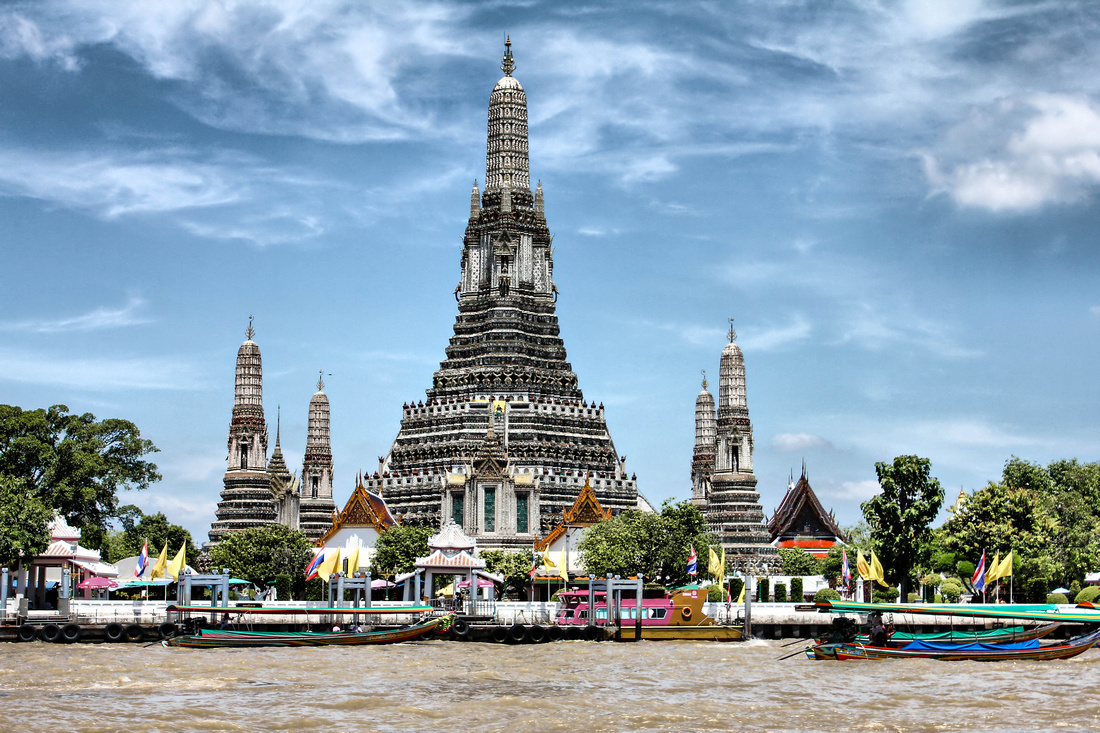 Wat Arun, known as the Temple of Dawn, is one of the leading attractions of Bangkok. Locally known as Wat Chaeng, this landmark temple is located on the west bank of the Chao Phraya River. We recommend spending at least an hour to enjoy the scenic views of this temple. Although it is known as the Temple of Dawn, it looks stunning at sunset, particularly when illuminated at night. Given the beauty of the architecture and the fine craftsmanship, it’s not surprising that Wat Arun is considered as one of the most beautiful temples in Thailand. 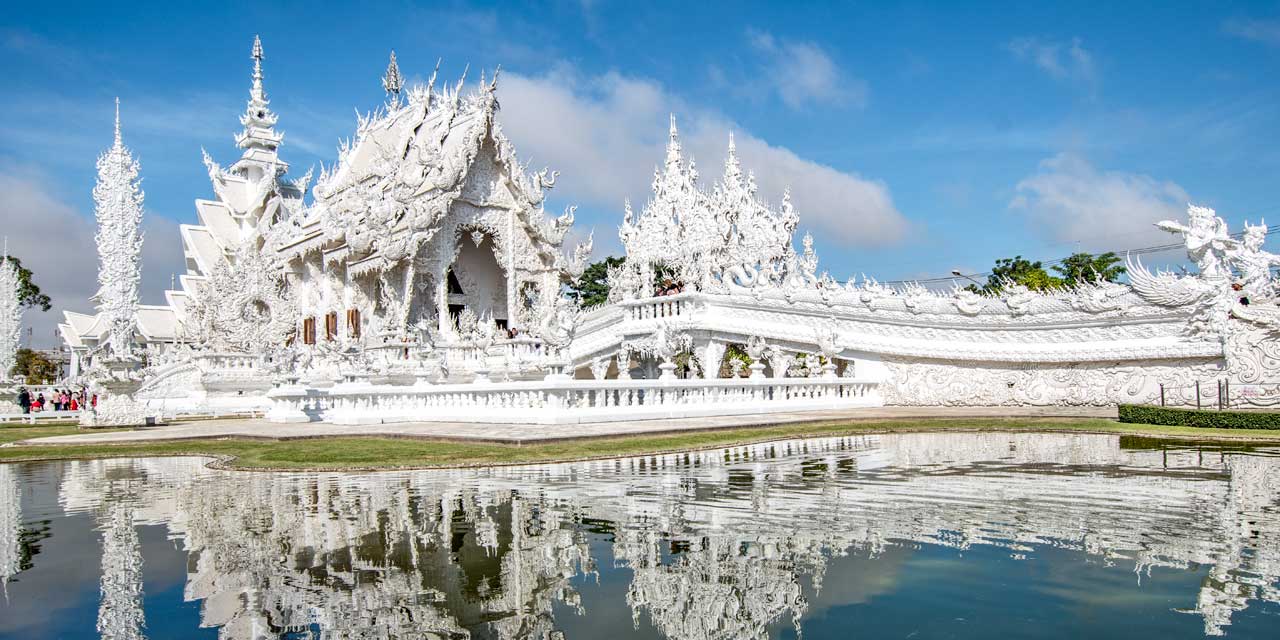 Also known as the White Temple, this visually striking Buddhist temple is located in Chaing Rai. Built on the site of an old dilapidated temple, eclectic Thai artist Chalermchai Kositpipat footed the bill to design and construct a contemporary and unusual space that doubles as an art exhibition. The juxtaposition of both traditional Buddhist themes and modern influences, including murals of Mickey Mouse, Superman, Kung Fu Panda, and Michael Jackson, all add to the intrigue of this famous tourist attraction. Don’t miss the Bridge of the Cycle of Rebirth which leads to the Gates of Heaven. 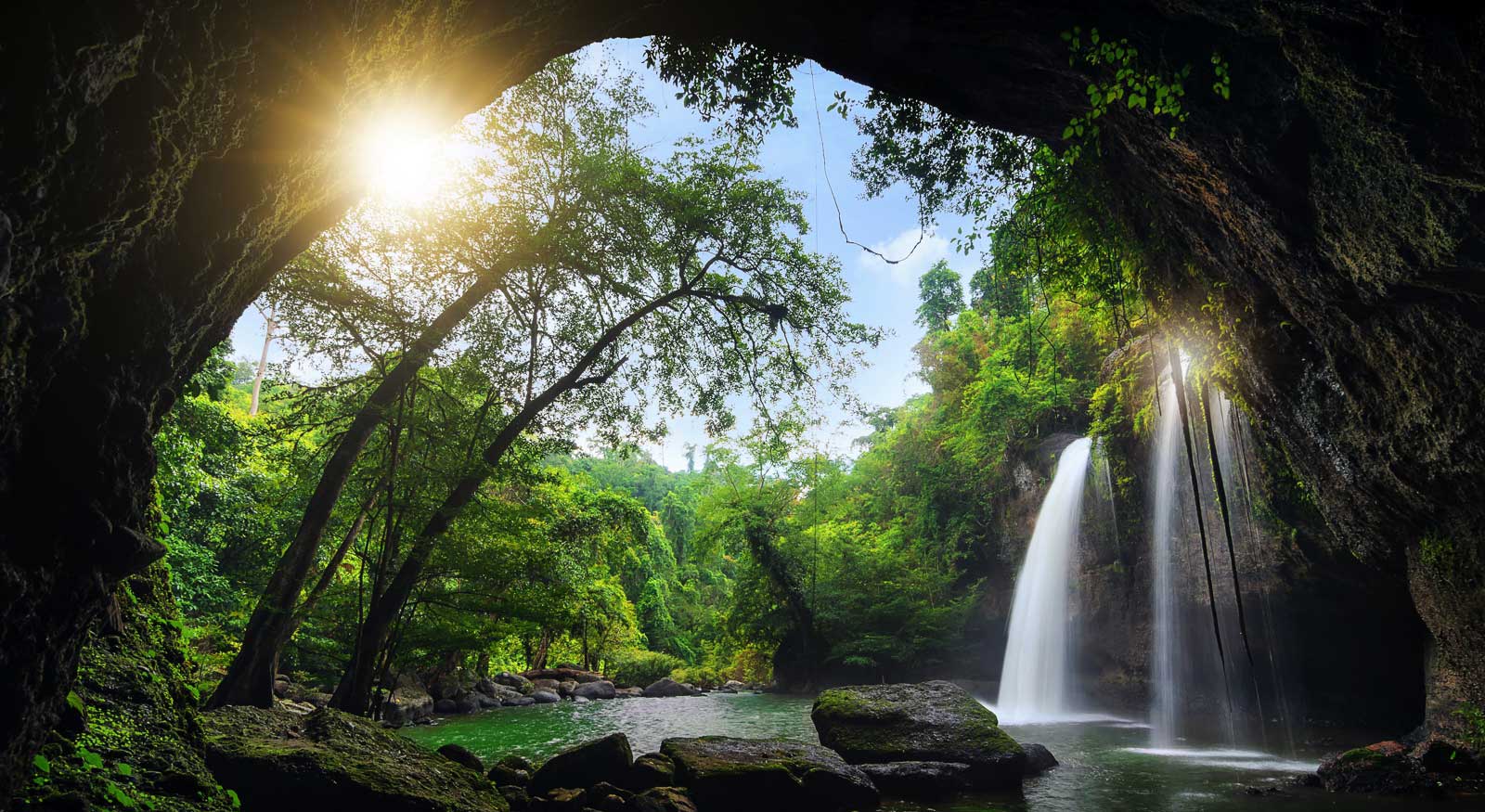 Khao Yai National Park, a UNESCO World Heritage Site, is known for its scenic views and wildlife experiences. More than 50 km of hiking and biking trails wind through the long-standing nature preserve, dotted with waterfalls and viewpoints. Nestled in central Thailand, Khao Yai National Park is spread across the four provinces of Saraburi, Nakhon Nayak, Nakhon Ratchasima, and Prachinburi. Guests can also camp out at the park and watch the sunrise. 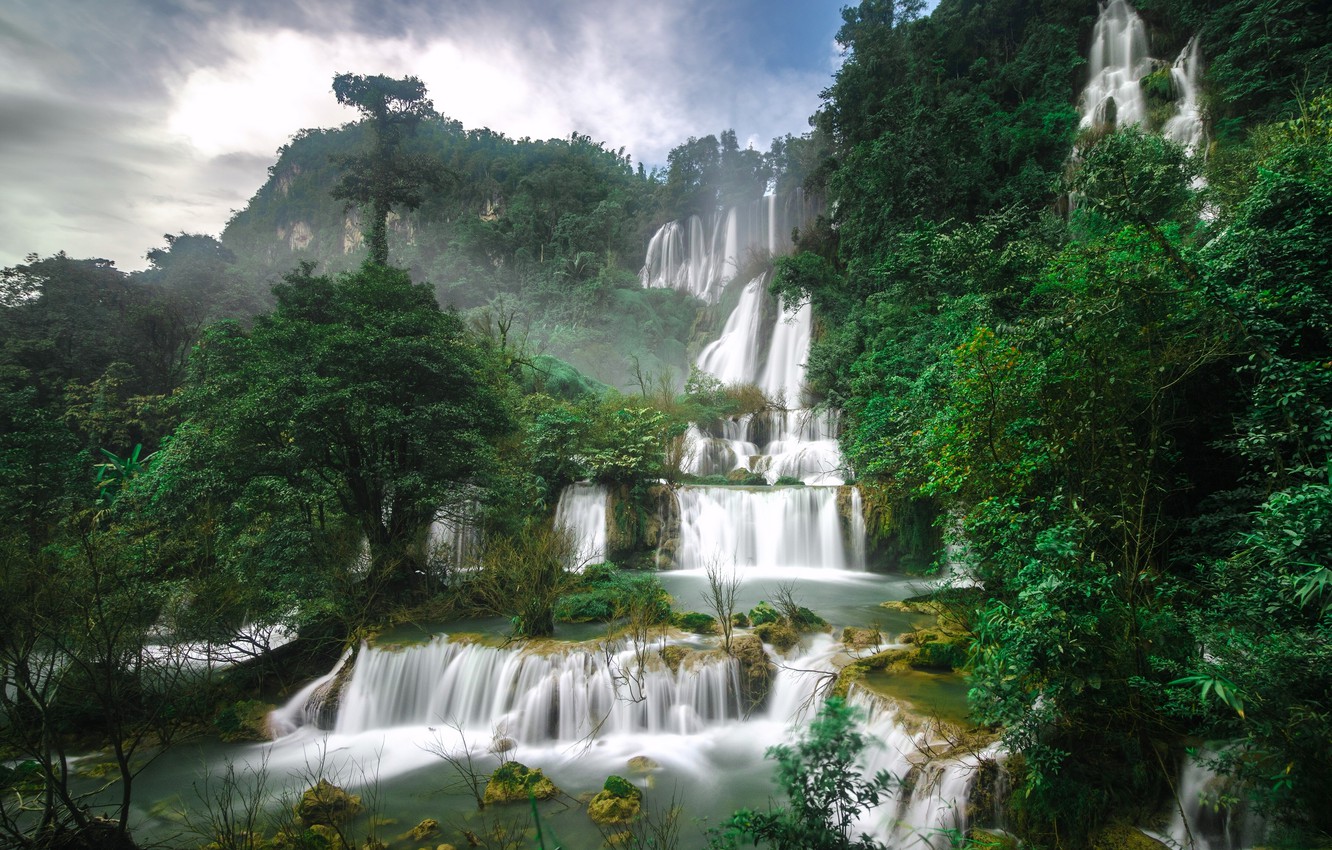 Measuring 250 meters tall by 450 meters wide, Thi Lo Su Waterfall is the highest and largest waterfall in Thailand. Located on the Mae Klong River in Tak Province, a 2-km trek leads adventurers through the dense rainforest where clouded leopards and tapirs roam below 1250+ varieties of palm trees. This hidden gem is not just a record holder in Thailand; it is also the 6th biggest waterfall in the world by volume. 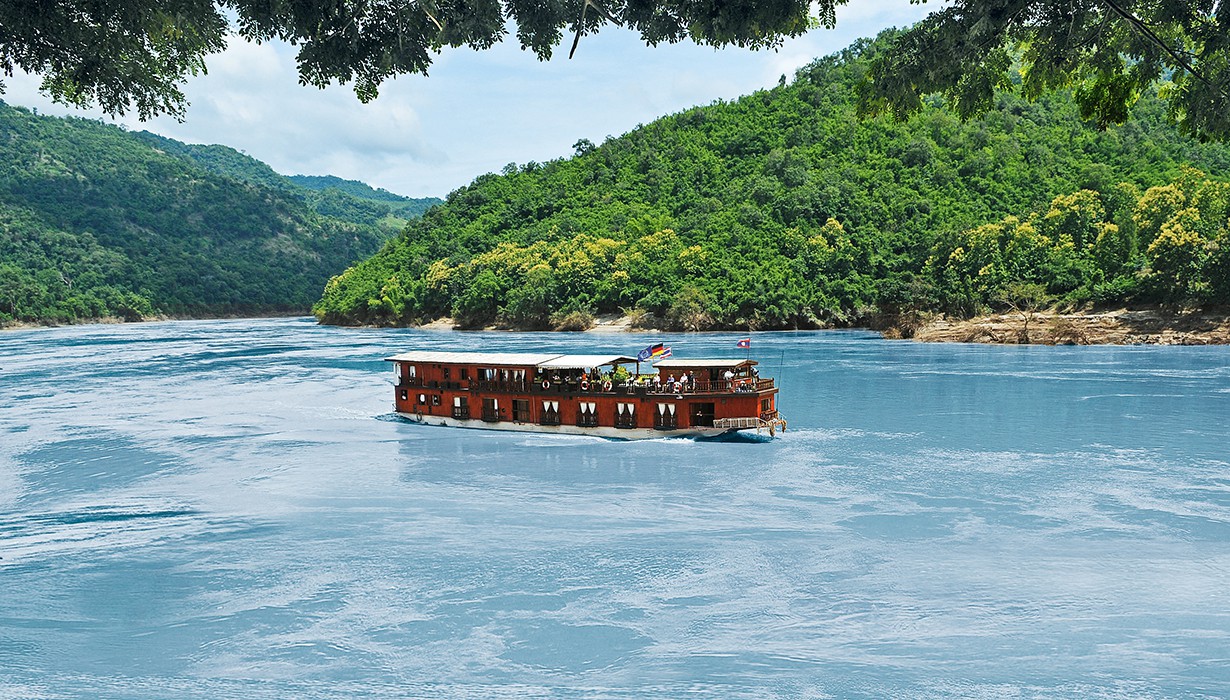 The Mekong River is the world’s 12th longest river and divides the border between Thailand and the eastern plains of Laos. The Mekong Basin is one of the richest areas of biodiversity in the world with new species regularly being declared. The Mekong has a complex history and the difficulty of navigating the river has meant that it has divided, rather than united, the people who live near it. Whether cruising for pleasure or an historical narrative, the river communities and natural landscapes on the shores are not to be missed.