As India specialists, we are commonly asked about topics ranging from street food to arranged marriage. Well-intentioned travelers are often misguided on what to expect during their trip. No, India is not all poverty and pollution. And yes, you can enjoy street food!

Many foreigners hear the worst and stay far away from street eats. It’s important to taste with caution, but not every dish will cause Delhi Belly. There are many popular stalls where food and chaats are served fresh and prepared hygienically. A few favorites we recommend are samosas, dosas, chole bhature, and jalebi. Here are a few tips: Allow yourself a few days to adjust to the local cuisine, especially if you are not used to spicy food. Notice the profile of the customers - a stall popular with families will probably be the safest, as well as those flocked by tourists. Stay away from icy drinks or food that is sprinkled with seasoned tap water. Also, it’s probably best to avoid yogurt-based dishes, as it spoils easily in the heat. Don’t worry - our team will help you navigate the local lanes to find delicious and hygienic street food.

Did you know that India is the second largest English-speaking nation behind the United States? While there are accents due to the local dialects (over 19,500 of them…) most Indians can speak the language. In fact, almost all private schools in India instruct in English and the younger generation is quite fluent. In more remote areas you may find a language barrier, but it’s rare to have a conversation without basic articulation. Remember, some Indians may not have strong English conversational skills, but they understand what is being said.

3. It’s All Vegetarian. And Spicy.

While many Indians prefer a vegetarian diet, India is also the land of delectable kebabs and curries. Chicken, pork, mutton, lamb, seafood - you’ll find it all. Because the cow is sacred, beef is uncommon but you will find it selectively on menus. Visit an Indian McDonalds and you will not be able to order a beef burger – the menu includes more vegetarian options, like a Veg Maharaja Mac and McSpicy Paneer.

India’s trend of vegetarian and non-vegetarian eaters was historically determined by climatic and geographical conditions. These days it’s more of an individual’s preference and you will easily find restaurants serving non-veg food across the country.

Some Indian food can be spicy but it’s all based on the preparation. It’s not just the chili powder that can heat up a dish, but the variety of aromatic masalas. If you don’t enjoy spicy food, let the restaurant know to keep it mild and always have plain rice, naan, or chapati available. A cold beer or soda also helps - without the ice. We also recommend reserving a cooking lesson with a local family to learn how the spices change the flavor profile of common dishes. 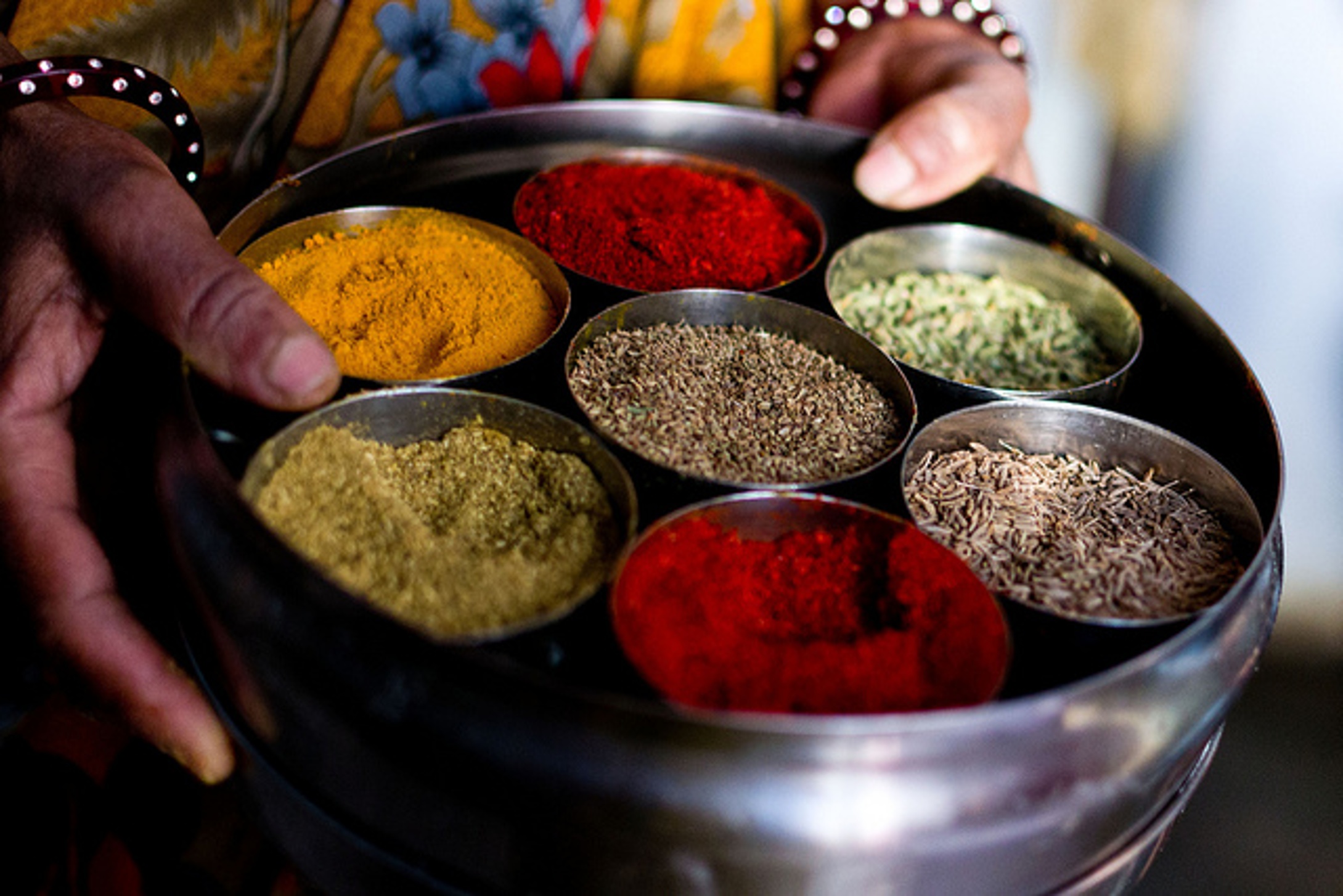 4. India is Unsafe for Female Travelers

India is vibrant, chaotic, and animated. It is easy to become overwhelmed, and as a woman, traveling in India will require a heightened sense of awareness. However, for its size and population, the country has a low crime rate and is generally a safe country. As with any international travel, I advise being aware of your surroundings and also understanding the basic social propriety. Staring and unwanted attention can occur, but there is a difference between feeling uncomfortable and unsafe. As a female who has traveled to India countless times, I can honestly say that I have never felt threatened. It’s not just where you travel but how you travel. There is no guarantee of safety, even in the most developed countries.

For more on this topic, check out our video on tips for women traveling to India.

Hindi and Hindu are similar words with different meanings. Hindi is an official language of India, primarily spoken in the northern states. Hindu are people who follow Hinduism, a prominent religion In India. The word “Hindu” has evolved over time and some people now identify as culturally or ethnically Hindu.

Several of the world's religions have roots in India, including Hinduism, Islam, Sikhism, Jainism, and Buddhism. The diverse traditions provide a vibrant kaleidoscope of India's rich social composition where communities live in relative religious harmony. Not all Indians are Hindu! Approximately 80% follow Hinduism while 13% practice Islam. As a country with 1.3 billion people, India therefore has one of the largest Muslim populations in the world.

India is a developing nation and home to millions who live below the poverty line. Contrastingly, a report by New World Wealth ranked India 6th among the world’s wealthiest countries. Poverty is actually on the decline in India, and according to the United Nations Development Program, India lifted 270 million people out of poverty from 2006 - 2016. Eight million people, or roughly 7% of India's population, lived below the poverty line of $1.25 in 2019.

With 119 billionaires and the fastest growing middle class, India is certainly not all slums. This is not to say that poverty isn’t prevalent - beggars are common and shanty towns are in every city - but it should not define the entire country.

Depending on your travel style, India can be a backpacker’s paradise or a discerning destination. Are you prepared for basic accommodations and sleeper trains, or do you prefer a private driver and palace stays? Based on your spending, it’s all possible.

The rates for travel services in India are greatly determined by the season. October - March are peak months across most of the country and prices are at a premium. Summer is monsoon season and rates are slashed.

Comparatively speaking, India is generally less expensive compared to other destinations. However, private services and exclusive stays will still avail a higher price tag. Travelers are surprised to learn that India has 6* hotels and some rooms are easily over $1,000 per night! Even in India, you get what you pay for - a premium experience will have a premium price.