Located in Southwestern India, Kerala is a scenic region of palm-fringed beaches, hill stations, tea plantations, backwater canals, and wildlife sanctuaries. It is the most literate state in India (93%) and the first state to become 100% internet connected. Also, Kerala is considered the birthplace of Ayurveda, a traditional and holistic form of medicine.

Custom tours to Kerala are a wonderful way to experience the beauty and diversity of the region without a large group. Here is an introduction to a few of the destinations we recommend in Kerala: 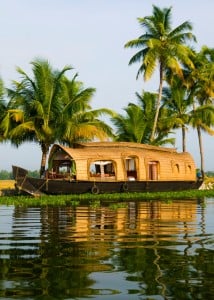 Sodha Travel is pleased to offer unique and private Kerala tours that are often not included in standardized tour packages. Three of our specialty Kerala programs are listed below:

Muziris, also known as Jerusalem of the East, is an ancient harbor nearly 3000 years old. The first Jewish, Christian and Islam settlements in India were here during 961 BC, 52 AD, and 629 AD respectively. The archaeological and historical data gathering on Muziris provides evidence to show that it was a veritable business and cultural center, with far reaching international associations. Presently Kodungallur, located 19 Miles North of Cochin, this ancient port was first occupied around 1000 BC and continued to be populated till the 13th century. This full day tour is a fantastic insight into what is literally the cradle of several religions. Apart from the first Jews of India, this is the port where the Apostle of Jesus Christ, St. Thomas, landed and introduced Christianity to India much before Europe embraced the religion. It is also the site of Cheraman Mosque, considered the first Muslim house of worship in India. In addition, it houses a famous Hindu temple, dedicated to the Goddess Bhagavath.

Meet Markose, a former rickshaw driver who now gives travelers an exclusive tour of Matancherry. During the walking tour, Markose will give an insider view to spice warehouses, artists, painters, photographers, hidden shrines, boutiques, cafes and restaurants. This program is a rare heritage experience in the streets of Matancherry. 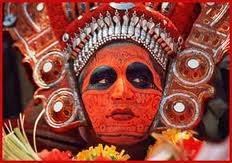 Dance with the Gods (Wayanad)

In the mystical world of the ritual art of Theyyam, Gods communicate directly with the followers. Dancers invite the Gods and Goddesses to posses their bodies and descend on Earth. This ritual is one of the least discussed and best kept secrets of Northern Kerala. Through dance, the divine solutions are offered to the villagers, who come to witness the unity of spirituality and humanity. The Theyyam performers generally belong to the lower class community. This is rare, since only in Kerala do lower-caste tribals and upper-caste Brahmins share an important position during worship. Theyyam is an experience to be cherished for both its sanctity and history.