In the past ten years, domestic air travel in India has - pardon the pun - taken-off. Traditionally, trains were the primary mode of travel throughout the country - safe, affordable, and reliable. Although the rail system continues to dominate domestic transport, there has been a significant increase in the number of Indian-based airlines. Now more than ever, travelers are relying on the Indian skies and not the Indian tracks to reach their destination. Since 2005, I have witnessed a shift in both the passenger demographic and number of travelers. Airlines are now catering to the masses and making air travel affordable. After all, there are over one-billion potential customers!

Having flown on almost every domestic carrier (with the exception of Paramount), here are my reviews: 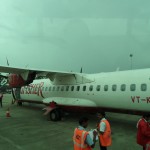 Kingfisher: Ask any traveler which Indian airline is considered the most luxurious, and the answer is unanimously Kingfisher. Kingfisher serves both international and domestic destinations and has received numerous awards, including an accolade for 5-star service. Though the tickets on Kingfisher are usually more expensive, lower fare options are available on Kingfisher Red. Also, based on availability, the airline offers affordable upgrades from economy to business class on domestic routes - and well worth the nominal fee.

Jet/Jet Lite: Like Kingfisher, Jet Airways serves both international and domestic destinations. I enjoy the Jet experience - the seats are comfortable and the planes are immaculately clean. However, I believe there is a significant difference between Jet and Jet Lite (formerly Air Sahara). The seats on Jet Lite have the least amount of leg room that I have ever had on any carrier worldwide. (At only 5'5, my knees were pressing the seat in front of me!) Also, the staff appeared indifferent and the drink cups were very small. Although Jet Lite offers good fares, there is usually another airline that is comparable in price - for a few dollars more, it is worth it to fly another carrier.

IndiGo: IndiGo is a low-cost, no frill airline. I believe IndiGo's mission is to cater to the masses and make air travel accessible. There was nothing that stood out, good or bad, about this carrier. The flight was on time, the crew was accommodating, and the bathrooms were clean. With tickets as low as Rs 900 ($20), I would probably fly this airline again.

GoAir: GoAir serves 15 destinations, including Ahmedabad, Bagdogra, Chandigarh, Goa, Guwahati, Indore, Jaipur, and Srinagar. My flight delay was due to weather and not mechanical, and they did pass around juice and water at the gate during the 40-minute delay. I will say that the flight attendants on GoAir appeared to smile more than other carriers, including the usually fun and upbeat crew of Kingfisher. 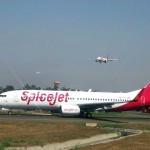 SpiceJet: SpiceJet has always been one of my favorite Indian airlines. The tickets are reasonably priced, the staff and crew are friendly, and I have yet to experience a delayed flight. Perhaps most important is their liberal attitude toward overweight baggage. To date, I have never been charged an excess baggage fee, though my luggage almost always exceeds the 22kg limit. Appropriately, each plane is named after a spice: Cardamom, Ginger, Pepper, etc. And yes, I have taken note of how many spices I have flown: 6.