Nepal is home to several of the most spectacular treks in the world, including Everest Base Camp, Annapurna Circuit, and Langtang Valley. The landlocked country has treks ranging from easy to difficult with lush green vegetation, tough barren lands, alpine glaciers, and jaw-dropping views. Whether a beginner hiker or experienced trekker, we recommend including at least one day on the trails during your trip to Nepal. Here is a curated list of the best trekking trails in Nepal: 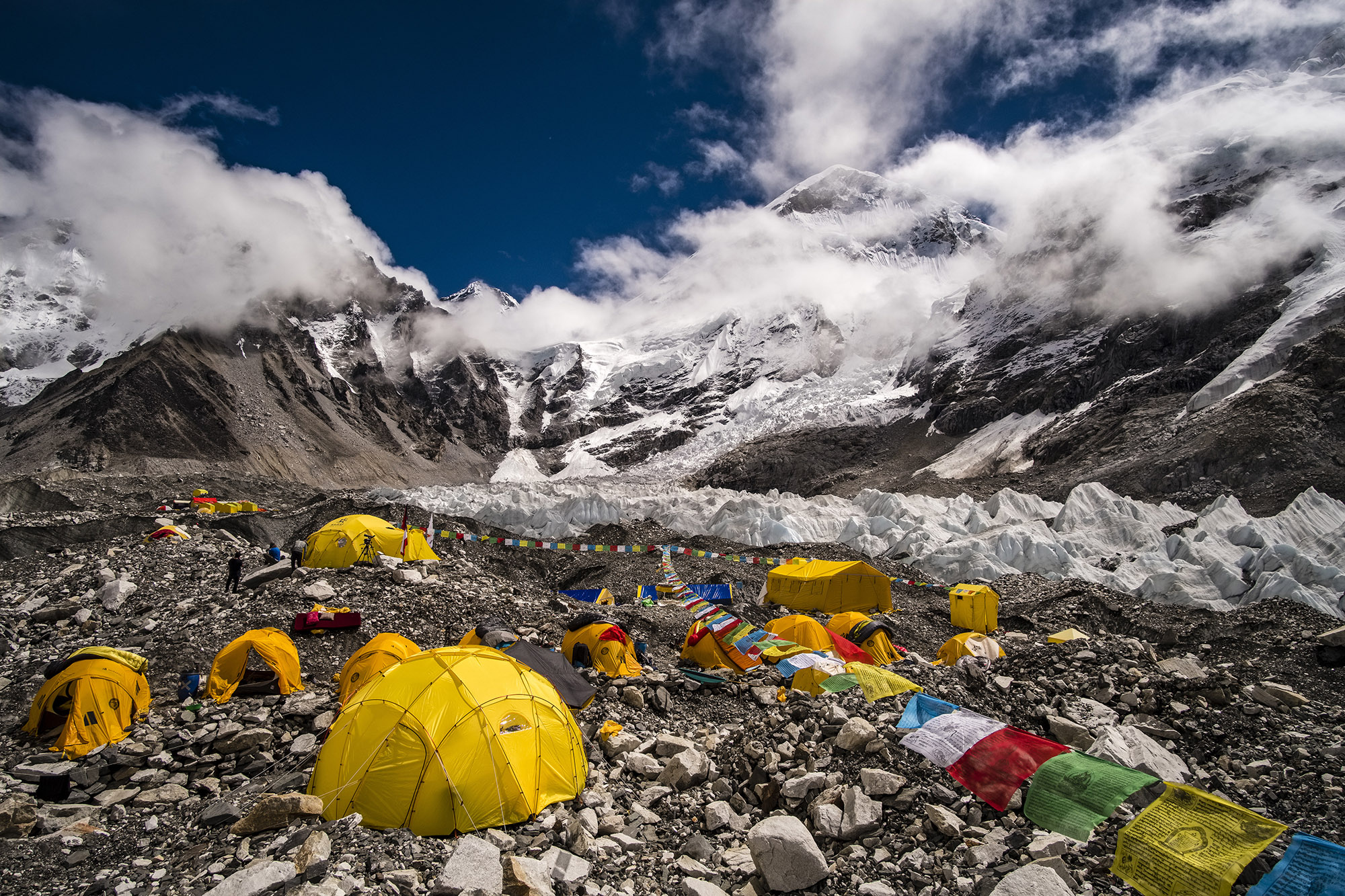 The trek to Mt. Everest Base Camp (EBC) is a challenging multi-day journey. Along the way, adventurers will experience spectacular close-up views of the world’s highest mountains as they pass through the roaring Dudhkosi River and the renowned Namche Bazaar. Though not as strenuous as other trails in the region, trekkers should be in good physical condition and be prepared to walk 5-6 hours daily over uneven, rocky terrain. EBC is a very popular circuit and not an ideal choice for those seeking a more remote and untouched landscape. However, many will overlook the crowds for an opportunity to reach the base of the tallest mountain in the world.

The Manaslu Circuit is a breathtaking trek flaunting the panoramas of the peaks on the Nepal-Tibet border. The trail circles the 8th highest mountain in the world, Mount Manaslu, and offers spectacular views of the Larkya Pass. The circuit traverses Hindu-Tibetan style villages and provides insider access to Buddhist monasteries. The diverse, remote, secluded, and enriched topography of the Manaslu Circuit offers a unique experience for adventure seekers.

The Langtang Valley is best known for diverse vegetation and cultured villages. The region was devastated by the 2015 earthquake when an avalanche of ice and rock buried much of the main village.The locals have worked tirelessly to restore tourism to the region and lodges have since reopened to service trekkers. Langtang Lirung rises over 7000m and trekkers can reach the valley by foot or jeep. 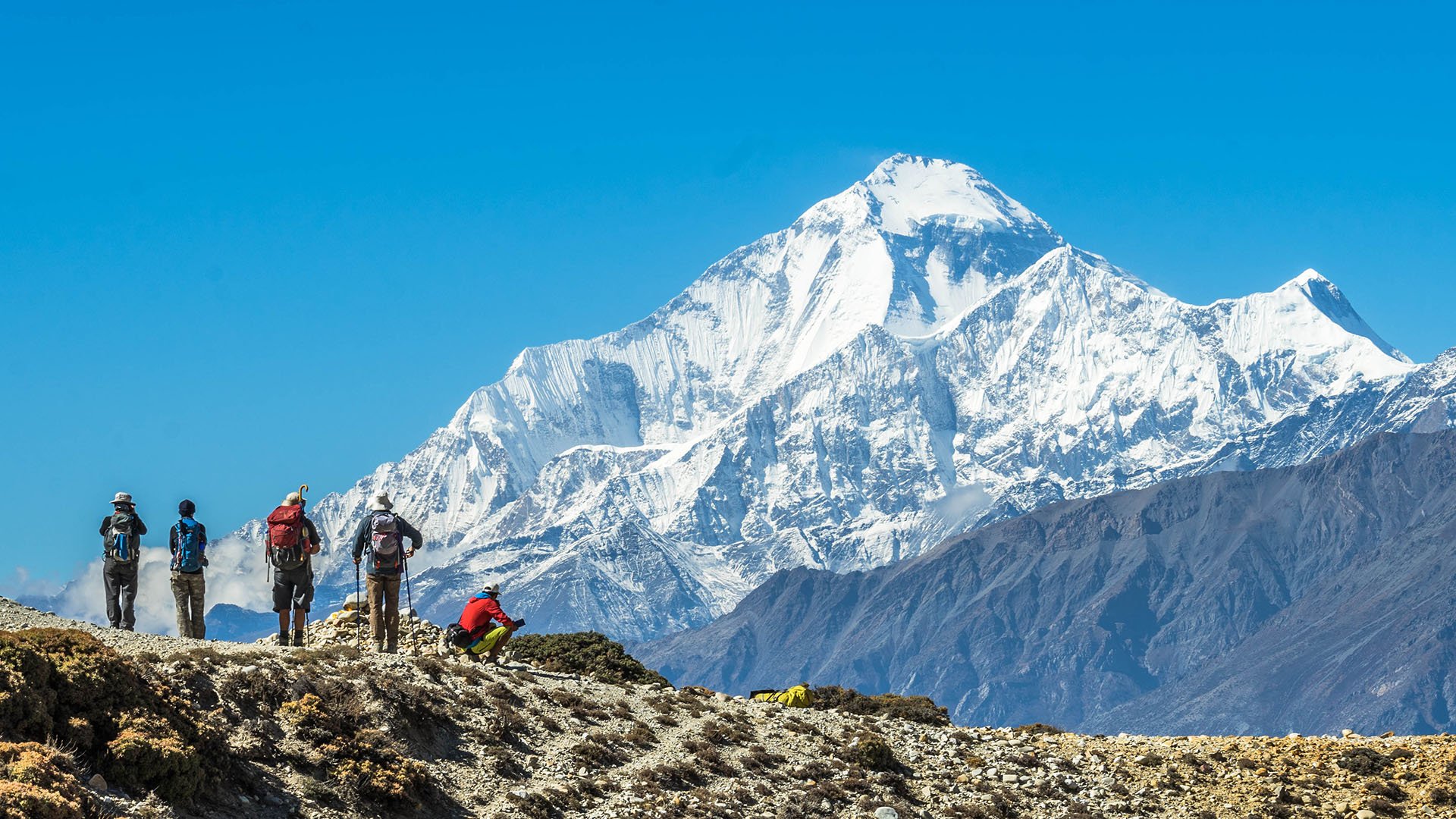 The Upper Mustang is a culturally and geo-politically sensitive area that did open for trekking until 1992. Seated in the mighty Himalayas, Mustang is a paradise in Nepal. The 16th-century Buddhist monasteries and caves carved in cliffs attract many trekkers who usually take the salt caravan route and traverse alpine mountain passes. The highest point of the trek is Dhakmar, home to the world’s oldest Tibetan monastery. The second highest point of the expedition is Lo Manthang, a rural settlement that showcases the ancient culture and architecture. Highlights of the Upper Mustang trek include the Royal Palace, Thugchen Gompa, and Amchi Museum.

Considered to be one of the most difficult treks in the world, Mt. Kanchenjunga is for seasoned trekkers. The trail starts from Suketar and crosses lush green forests that offer breathtaking views. The Kanchenjunga region is home to the Rai and Limbu ethnicities of Tibetan descent whose villages dot the landscape. Trekkers will pass through the protected areas of the Kanchenjunga Conservation Area and possibly spot snow leopards, Black bears, and Red pandas. This trek is a combination of tented accommodations and tea houses. 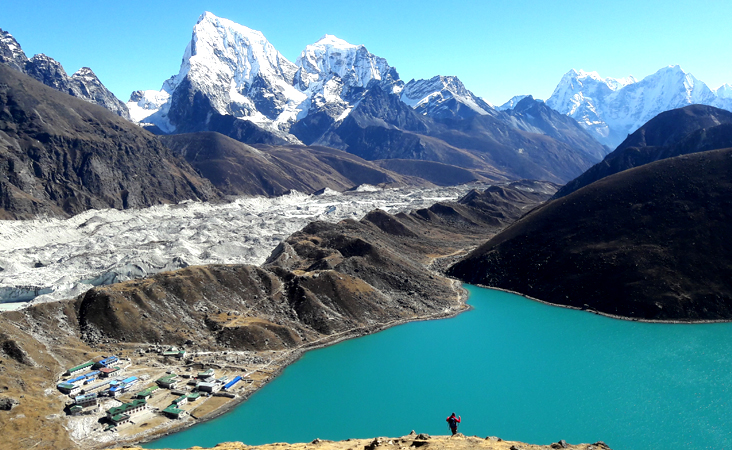 Turquoise lakes, Nepal’s biggest glacier, and an arc of snow mountains welcomes you to the Gokyo Valley, a spectacular region of Khumbu. An appealing choice for both experienced and novice trekkers, the Gokyo Ri trek winds through forests and many suspension bridges. It is also less crowded and commercialized compared to EBC. Highlights include scenic ridges with mountaintop shrines, charming hamlets, alpine valleys, and views of the Five Emerald Lakes basking in the shadows of majestic mountain peaks. This is the ultimate trek for experiencing exclusive adventure and scenic grandeur.

This challenging trek takes travelers to a remote region of the Himalaya untouched by the modern world. Nagdalo La is the highest point of the trek that involves long climbs and strenuous descents. Trekkers can also view snow leopards in Shey Phoksundo National Park, one of the most scenic mountain parks in the world. The trekking in this region offers insightful cultural exposure but the tourism infrastructure is very limited. Permits are at a premium and no independent expeditions are allowed.

Are you interested in reserving a private trek in Nepal? Contact a Sodha Travel Destination Specialist for more destination inspiration.