The Best of Hyderabad

I recently completed a project with AFAR on the best places to dine, play, and shop in Hyderabad. With a colorful history spanning over 400 years, Hyderabad showcases the best of North and South India. The "City of Pearls" was once a notable pearl and diamond trade center in South Asia and offers travelers the best of bazaars, bungalows, and biryani. 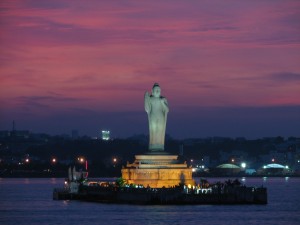 With a large expat community, Hyderabad has emerged as a vibrant city that caters to global lifestyles. In addition to notable sites like Charminar, Laad Bazaar, Qutub Shahi Tombs, Hussain Sagar Lake, and Shilparamam, there are also award-winning restaurants and acclaimed shopping. A favorite shop of our Hyderabad friends is Anagha Ethnic Wear, the creation of Sarvamangala Chavali. Sarvamangala won the coveted FAPCCI Outstanding Woman Entrepreneur Award in 2011 and COWE Best Entrepreneur/Brand Elevation/Ethnic Wear in 2012–13. Her items often sell out in minutes and feature vintage, traditional, and modern designs. Try an Irani Chai at Garden Cafe, with loyal followers lining up in the mornings for a cup of liquid heaven. For the film enthusiasts, check out Ramoji Film City - a thematic destination for children of all ages. You can easily spend a day exploring the expansive grounds that showcase the best of Telugu cinema. There is a studio tour, kids park, movie magic park, action studio, and wild west stunt show.

We also recommend exploring the neighborhoods and communities that retrace history. Here are a few of our favorites:

Explore the historic sites by foot on a walking tour of the old city. Start at Mecca Masjid to view the tombs of the Nizams. Continue to Charminar, where you can climb to the top for fantastic views of the surrounding markets. Walk to the neighboring Laad Market and observe artisans making and selling the famous Hyderabadi glass and stone bangles. After a brief stop for chai and snacks, walk to Mahboob Chowk and engage with a local Muslim family who still reside in a devdi, or noble mansion. Finally, visit Badeshahi Ashoorkhana, the royal mourning place of the Qutub Shahi kings. 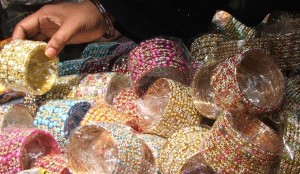 Retrace the Steps of Royalty

Retrace the steps of nobility on a self-directed tour that highlights the palaces and royal guesthouses of Hyderabad. Start with a visit to the Mirde Hamidkhan Devdi, a typical local Muslim home near Charminar. Also explore the devdis of Paigah noblemen Kursheed Jah, Asman Jah, and Sir Vicar-Ul-Umara. Continue to Chowmahalla Palace, the seat of the Asaf Jah dynasty and residence of the Nizams. Conclude the tour at Falaknuma Palace, once the Royal Guest House of the Nizam of Hyderabad, where he used to entertain foreign dignitaries. It has been converted to a Taj Hotel and is an outstanding example of the famed Nizam's hospitality. 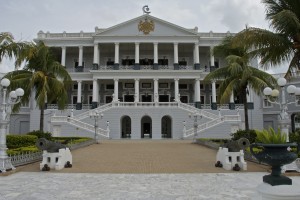 There is an extensive British history in Hyderabad, commencing in 1798 when the city became a princely state under the British East India Company. The monuments and buildings stand as a silent reminder to the European legacy. Start with a visit to the former British Residency, now the Osmania University College for Women. Also walk the cemetery that houses the graves of British officials and their families. Continue to Secunderabad, where the British had their cantonment, and view the historic architecture. End with a visit to the house where Winston Churchill lived while he served in the British Army.

Located 1.5 hours outside Hyderabad is Pochampally, a village known for its traditional weaves of ikat in cotton and silk. Many Indians call Pochampally "Silk City," and the community is widely recognized for creating the Pomchampally Saree. Take time to interact with the families, many of whom still weave on looms in their homes. Also visit the Pochampally Handloom Park, a combined effort of the governments of India and Andhra Pradesh to encourage sustainable employment in a craft whose art has been significantly impacted by modernization and mechanization. 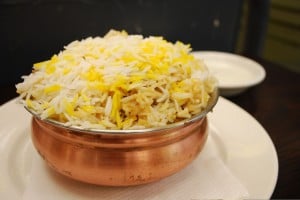 Oh, and don't miss out on the biryani! A visit to Hyderabad may not be complete until you have savored the cuisine at Paradise Food Court. The Secunderabad location—considered the largest sit-down restaurant in all of India—has multiple spaces, including Paradise Cafe, Paradise Bakery and Confectionery, Paradise Roof Garden, and Paradise Heights. But whatever you do, make sure to try the biryani—a fragrant mixed rice dish cooked with meat or eggs. Hyderabad has more varieties of biryani than any other South Asian destination, so come hungry and sample the goodness.