A Family Tour of North India!

Sodha Travel is excited to announce our newest tour - Rajasthan: A Family Experience. Created exclusively for families, the private India tour caters to children and the junior travelers. Highlights include a bicycle tour in Delhi, sunset visit to the Taj Mahal, a wildlife safari in Ranthambore National Park, and ziplining near Mehrangarh Fort in Jodhpur.

The next day, continue to Agra and enjoy a traditional lunch with a local family. In the evening, visit the majestic Taj Mahal. Built in the 17th century by the Mughal Emperor Shah Jehan for his beloved wife Mumtaz Mahal, the Taj took over 22 years and 20,000 men to build. The monument is truly a wonder of the world. 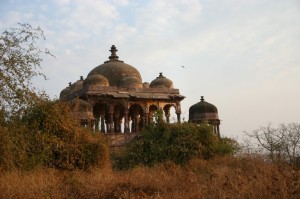 Continue by train to Ranthambore National Park, one of the most filmed wildlife reserves in the world. It was declared a wildlife sanctuary in 1955 and became a part of Project Tiger in 1973. As the park is relatively small, you often view leopards, tigers, and jungle cats. Spend two days on safari and exploring the park grounds.

Then, travel by car to Jaipur. The vibrant capital of Rajasthan owes its name, foundation and planning to the great astronomer and warrior Maharaja Jai Singh II. The city is fondly called the Pink City due to the pink colored buildings and avenues. The highlight of the Jaipur tour may be the elephant ride to Amber Fort! For the junior chefs, enjoy a private Rajasthani cooking demo; for the artists, make pottery with a local artisan.

The next stop is the Deogarh Mahal in Rajsamand, a restored Mewar Palace that is still partially occupied by the royal family. With a hotel that resembles a castle, the children will surely feel like a prince and princess! In the evening, enjoy a jeep ride through the countryside, followed by traditional dancing in the palace courtyard.

Continue to Udaipur, the City of Lakes. First, visit the City Palace and Museum. The largest palace complex in India, it is a blend of Mughal and Rajput influences. Also visit the 17th century Jagdish temple, drive around the Fateh Sagar Lake, and visit the Sahelion ki Bari, an ornamental pleasure garden with fountains and marble kiosks. Later, enjoy a boat ride on Lake Pichola, where you will view the Lake Palace.

To conclude the family tour in Rajasthan, visit Jodhpur, located at the edge of the Thar Desert and known for its impressive fortified bastions. Enjoy a thrilling zipline ride for an aerial tour of Mehrangarh Fort. Later, take a rickshaw ride and meet the bandhanis of Jodhpur. Visit the families who practice the technique of tie and dye, a traditional practice of framing, marking, and tying the cloth.

This 13 day/12 night family itinerary was created by parents, both on our team and former Sodha Travelers. The sights, transport time, and activities were selected to enhance the experience for travelers of all ages! Please contact an India Destination Specialist to learn more about Rajasthan: A Family Experience!