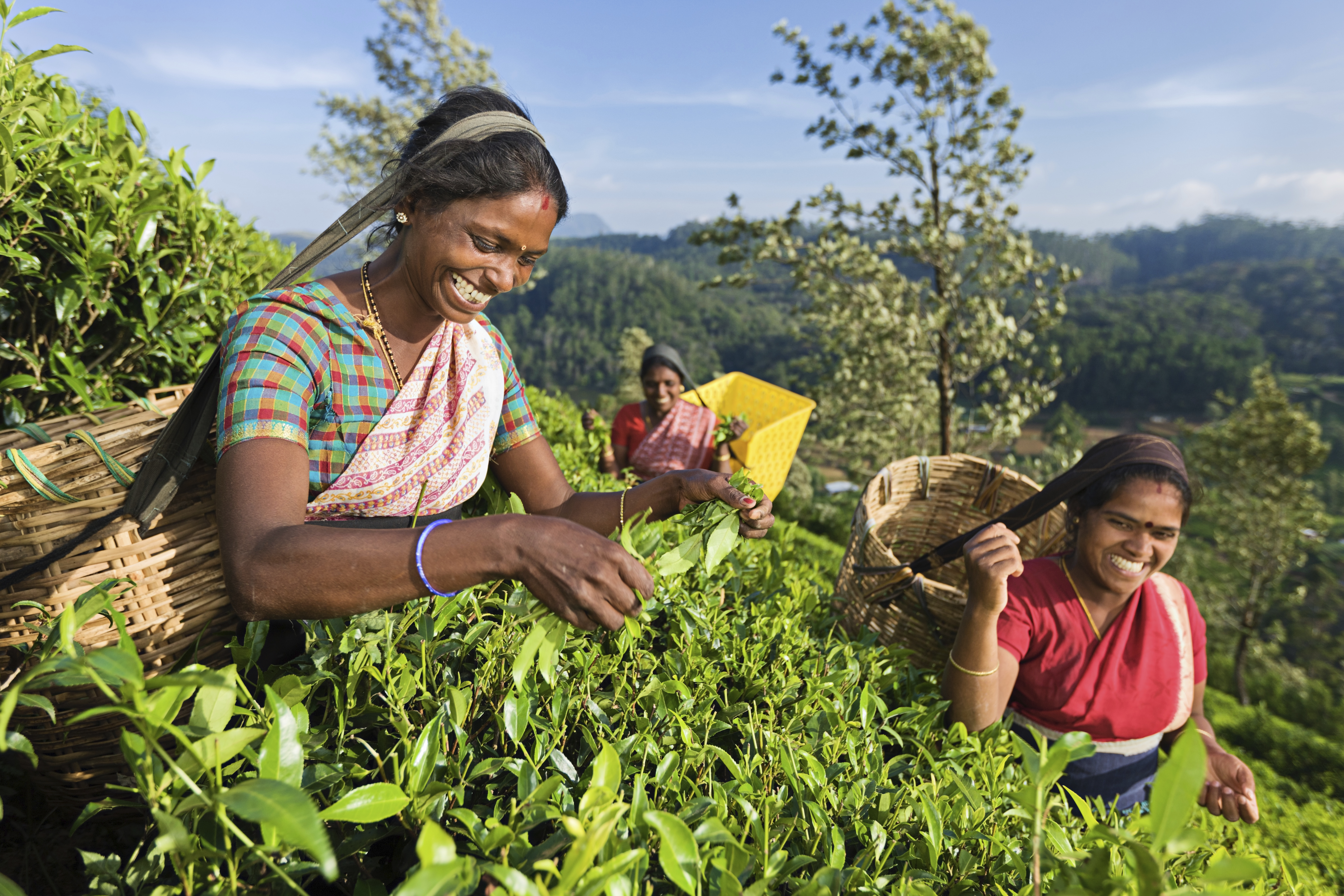 With rows of coconut palms, dense forests, and clear waters of the Indian Ocean, Sri Lanka is an incredible offshore garden. Resting at the toe of India, the tear-drop shaped country offers distinct attractions including tea plantations, pristine beaches, and some of the oldest Buddhist sites in the world.

Southern Asia, South of India in the Indian Ocean 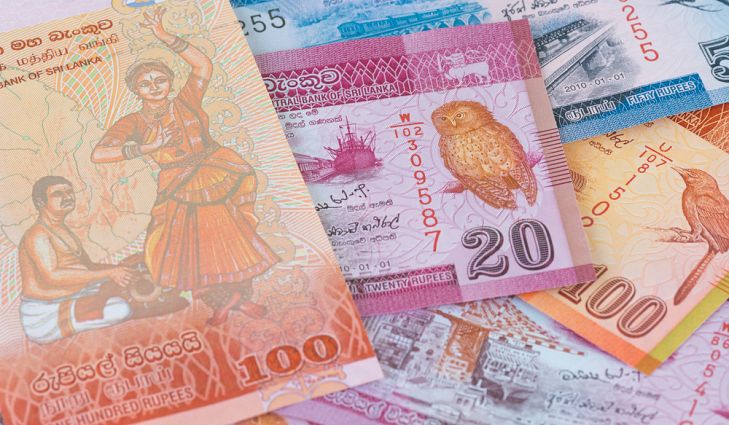 The national currency of Sri Lanka is the Sri Lankan Rupee (LKR). 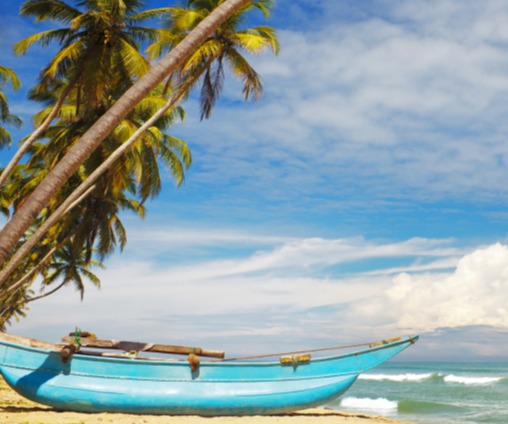 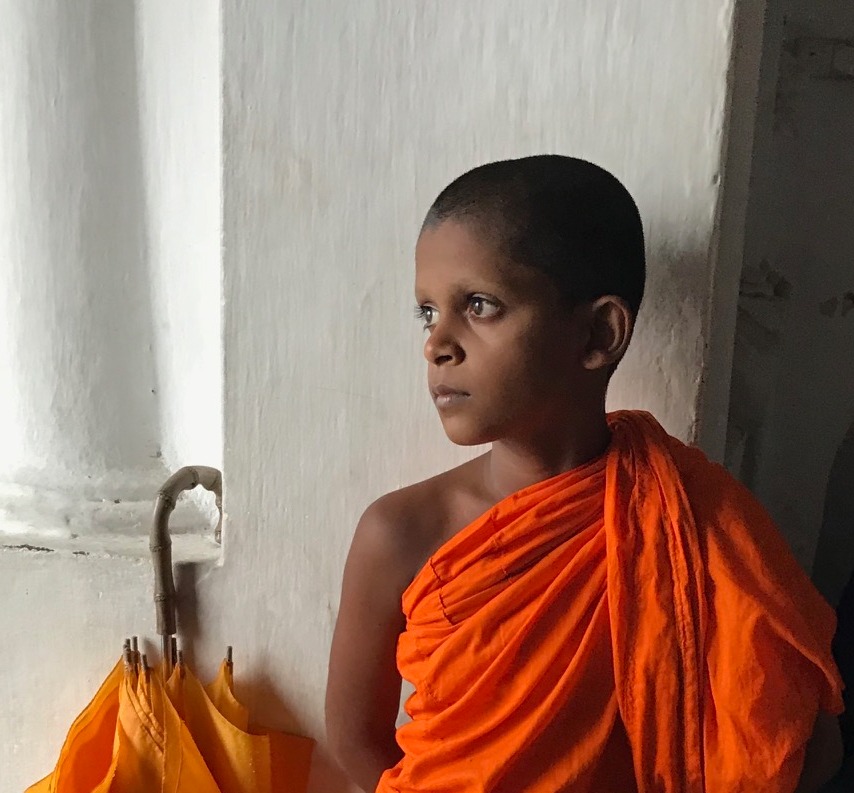 The Sri Lankan population is composed of multi-ethnic groups and the religion in Sri Lanka is inevitably diverse. Various communities in Sri Lanka recognize four of the world's major religions: Buddhism, Hinduism, Islam, and Christianity. The majority people of the country, the Sinhalese, are adherent to Buddhism while other ethnic groups like Tamils, Moors, Burghers, and others practice Hinduism, Islam and Christianity, respectively. 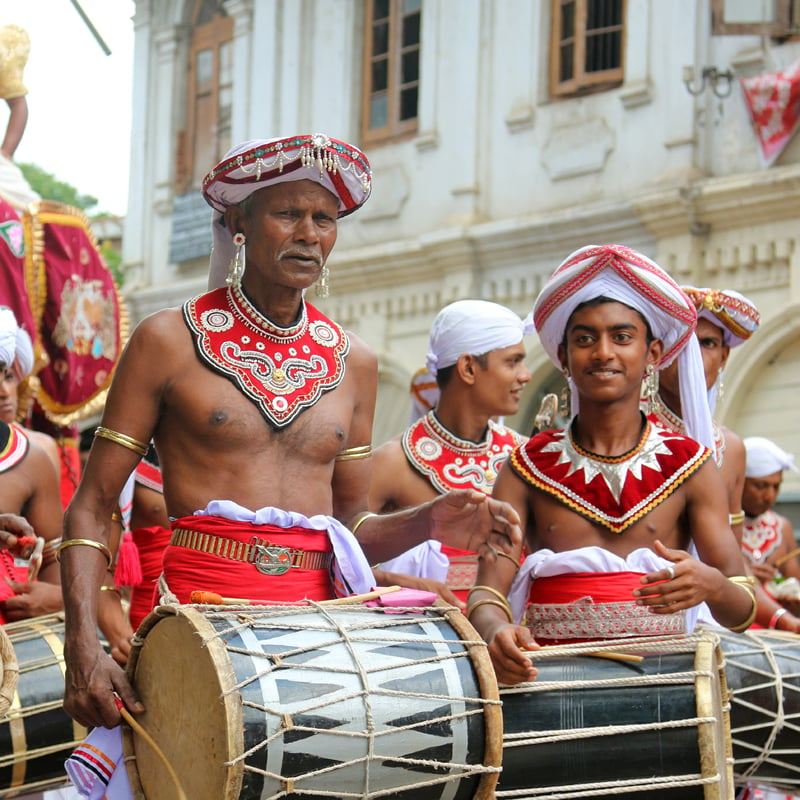 Buddhist, Hindu, Muslim, Christian and national festivals are celebrated in Sri Lanka. Every full moon day or 'Poya Day' is also a Buddhist holiday. On these days, all public places of entertainment are closed and no alcohol is sold, although hotels usually make special arrangements for guests.

Sri Lankan's are immensely proud of their culture – including cricket! They enjoy a lively conversation and interacting with foreigners. When dressing, modesty is the best policy. Try not to touch people on the head as a joke or gesture. For a Buddhist the head is sacred, the seat of your soul. Generally the Sri Lankan's are very relaxed, easy going, polite and well mannered. If you're ever in doubt, just mention the word "cricket" and you will have a friend for life!

WHY SHOULD I VISIT SRI LANKA?

The tsunami of 2004 devastated certain coastal regions of the country. Luckily, the coastlines have been restored and this tear-drop shaped paradise off the Southern coast of India is waiting to be rediscovered by travelers worldwide. Sri Lanka offers a diverse landscape and attractions, including some of the oldest Buddhist sites in the world. The nation famously exports tea, coffee, and coconuts and boasts a rich cultural heritage.

IS A VISA REQUIRED TO VISIT SRI LANKA?

It all depends on your destination and season of travel. In Sri Lanka, we recommend loose fitting cotton clothes (or some form of the breathable modern fabrics). Long sleeves and hats will keep you protected from the sun. Some warm clothes are recommended if you are traveling to the hill regions, where the evenings tend to get chilly. Layering is best to accommodate the varying temperatures. Dress modestly at religious sites and remember to remove your shoes and hat when entering a Buddhist or Hindu temple.

It depends on your destination, activities and season of travel. Our destination specialists will recommend certain travel times after learning more about your preferences. The favorable months are usually December - March for the west coast and south coast, and from April - September for the ancient cities and the east coast. The northeast monsoon is usually November – March and the southwest monsoon is June – October.

Immunizations are not required to visit Sri Lanka. (Exception: if you are traveling from an area infected with Yellow Fever, you must have a certificate.) Depending on the season and region of travel, certain vaccinations and/ or medications are suggested and we will recommend preventative measures. We do encourage all travelers to be current on routine immunizations. Also, we recommend the Tetanus and Hepatitis A vaccine. Malaria is present in lowland regions of Sri Lanka, and preventative treatment and tropical strength insect repellent is advised. For additional considerations, please contact your physician.

I HAVE NEVER BEEN TO SRI LANKA AND HAVE NO IDEA WHERE TO START. WHAT DO YOU RECOMMEND?

What do you hope to see and experience during your trip? Our destination specialists will make recommendations based on your travel preferences. Most travelers incorporate Colombo, Kandy, Habarana, Dambulla, and/or Polonnaruwa. However, many also include visits to the tea plantations in Nuwara Eliya, hills of Ella, and Galle and the southern coastline.

IS SRI LANKA A SAFE COUNTRY?

For decades, Sri Lanka was battling political unrest. A civil-war between Tamil insurgents and the Sinhalese government almost destroyed the tourism industry. The riots have ended and a peaceful environment has been restored. As with any international travel, be aware of your surroundings. Do not leave your valuables unattended on the beach, the balconies or terraces. Be cautious in markets and in open areas with crowds to avoid pickpockets.