A sunrise visit to the majestic Taj Mahal in Agra


Price: $1698 per person, based on double occupancy

Please note: This is a small group tour. To maintain a culturally immersive experience, space is limited to 16 guests.

Today board your flight for Delhi, India.

Namaste. Welcome to India! Upon arrival, transfer to your hotel. Delhi is a bustling metropolis that incorporates the ancient with the modern. Amidst the skyscrapers, the monuments stand as a silent reminder to India’s legacy. Driving from the airport, you will be impressed with Delhi’s spacious, tree-lined streets and garden parks. Evening at leisure and overnight. Hotel: Sheraton Delhi

After breakfast, enjoy a rickshaw ride in Chandni Chowk. Witness the architectural marvels, the multicolored facades, beautifully decorated shops, ethnically dressed locals, and the fragrances emanating from the potpourri of eateries that line the historical alleys.

Mughal Emperor Shah Jahan (1592-1666) built the walled city of Delhi on the banks of holy River Yamuna. It had a magnificent palace known as Red Fort, impressive mansions, enchanting bazaars, elegant shrines, royal gardens and fountains at every corner to romance ones' senses. The Emperor’s beloved daughter Jahanara designed a major street called Chandni Chowk in front of Red Fort, with a canal running down the center and pools at major intersections reflecting the moonlight. During the British regime, the street underwent major changes and since then the area has witnessed some of the most important events in Indian history. Today these splendid ruins and tales of valor are a testimony of the evolution of the times. Chandni Chowk truly reflects the national unity, secularism and diversity of India.

In the afternoon visit Mehrauli and the Qutub Minar complex. Originally an ancient Islamic monument, the Qutub Minar is the tallest tower in India. Built of red sandstone and marble, the minar is not without controversy. Some believe it was built as a tower of victory to signify Muslim rule in the country, while skeptics claim it was erected to call the devoted to prayer. The complex also houses the first mosque to be built in India and an iron pillar that mysteriously has a high resistance to corrosion, even after being exposed to the natural elements for centuries. Also, drive by the India Gate, Parliament, and the President’s residence. Overnight in Delhi. (B)

After breakfast, drive to Dadhikar (3.5 hours). The Dadhikar Fort was created as a residential camp almost 1100 years ago by the family of King Chand. Now a heritage property, it has been meticulously restored to reflect ancient Indian art and culture. Your afternoon is reserved for local activities, including cooking demonstrations, kite demos, cycling, and plantations visits. Overnight. Hotel: Dadhikar Fort (B)

In the morning, drive to Jaipur (3 hours). Jaipur, the vibrant capital of Rajasthan, owes its name, foundation, and planning to the great astronomer and warrior Maharaja Jai Singh II. The city is fondly called the “Pink City” due to the pink colored buildings and avenues.

From its creation in 1727, the royal families and nobles of Jaipur patronized the craftsmen and artisans of the city. These traditions continue to this day and modern Jaipur is considered by many as the craft capital of India. Traditional methods are still used to produce many valuable and highly prized items. Using skills passed down through generations, artisans and master craftsmen can be seen in the areas of Ghat Darwaza and Vishveshwar ji. On this fascinating evening walk, mingle and talk with the locals while sampling some of the regions culinary delights; try pakoras, aloo tiki, samosas, and sweets from some of the city’s most popular street food vendors. Observe local artisans in their workshops; jewelers and silversmiths, gold and silver foil makers. Overnight in Jaipur. Hotel: Khas Bagh (B, D)

After breakfast, visit the Amber Fort. The final descent to this ancient city is made by elephant back—a truly memorable experience! (Alternately, a jeep is available.) In the fort, you will see magnificent palaces and halls covered with mirrored mosaics.

Later visit City Palace, a complex of exquisite palaces, gardens, courtyards, and decorative art. Also view the Palace of the Winds (Hawa Mahal) and Jantar Manter, the most famous of five observatories built by Sawai Jai Singh. Evening at leisure and overnight. (B)

After breakfast, drive to Ranthambore (4 hours). Ranthambore is one of the most filmed wildlife reserves in the world. It was declared a wildlife sanctuary in 1955 and became a part of Project Tiger in 1973. As the park is relatively small, guests often view leopards, tigers, and jungle cats. Evening at leisure and overnight. Hotel: Ranthambore Regency (B, D)

Today, enjoy two exclusive jeep safari excursions in the park: morning and evening. Be sure to bring your camera for incredible photographic opportunities! Overnight in Ranthambore. (B, L, D)

After breakfast, drive to Agra (5.5 hours). Transfer to your hotel before embarking on a Kachpura Heritage Walk. A narrow bridle path through agriculture fields near Mehtab Bagh takes you into the ancient village of Kachpura and Humayun’s Mosque. The walk starts with explaining the paintings (sanji art) on the walls drawn by community girls under a youth program. The traditional lifestyle of villagers is showcased - some elders smoking hookah, others making shoes. Humayun’s Mosque is another monument situated inside the village. Your walk ends in Mehtab Bagh from where you will have the opportunity to view the Taj Mahal at sunset. Overnight in Agra. Hotel: DoubleTree by Hilton (B)

In the morning, visit the Taj Mahal at sunrise. Built in the 17th century by the Mughal Emperor Shah Jehan for his beloved wife Mumtaz Mahal, the Taj took over 22 years and 20,000 men to build. The monument is truly a wonder of the world.

Later, tour the Agra Fort. Its walls and palaces are a silent witness to the rise and fall of the Imperial Mughal Empire and feature a variety of ingenious Islamic inspired devices (some decorative, some more practical) within the fabric of the buildings. It is a citadel with marble palaces, ornate alcoves, and terrace pavilions.

Return to Delhi (4 hours) and enjoy a farewell dinner with the group. Following, transfer to the airport for your onward flight. (B, D)

Plus: A few surprises by Sodha Travel!

A $500 non-refundable deposit secures your space. The final balance is due 60 days before departure. To register, please contact us. 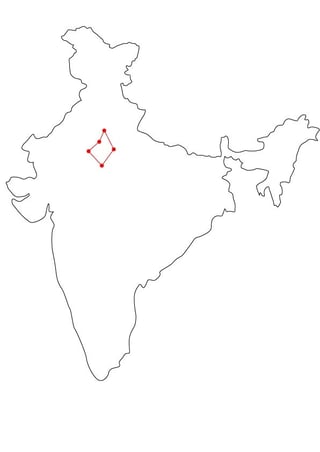