Join Sodha Travel on an exclusive small group tour to Delhi, Agra, Ranthambore, and Jaipur. Start with the bustling markets and eclectic neighborhoods of Delhi, India's capital; continue to Agra for a sunrise and sunset viewing of the Taj Mahal; spot the endangered Bengal Tiger on a safari in Ranthambore National Park; conclude with majestic forts and palaces in Jaipur, the Pink City of Rajasthan.

To maintain an authentic and personalized cultural experience, this tour is limited to 20 guests.

Affordable and authentic. This was our goal when creating a sustainable small group tour without the impact of mass tourism. We didn't want to cut corners or have impersonal groups of 40+ travelers just to keep costs low.

As India Specialists, Sodha Travel offers a mindful approach to tourism with insider access to unique experiences.  Our 5* rating reflects our meticulous attention to detail and exceptional service quality.

Namaste. Welcome to India! Upon arrival, a group transfer will be provided to the hotel.

Delhi showcases India’s unique ability to modernize at a rapid pace without casting aside its cultural, historical, and spiritual identity. The capital city is a vast metropolis, with eclectic neighborhoods that reflect different ethnicities, heritages, and mobility. New Delhi, the government district of Delhi, is the administrative heart of India and an embodiment of the zeitgeist of this huge, diverse nation. Amid the modern skyscrapers, award-winning restaurants, garden parks, breweries, and vibrant markets, a series of proud monuments provide silent reminders of India’s legacy. 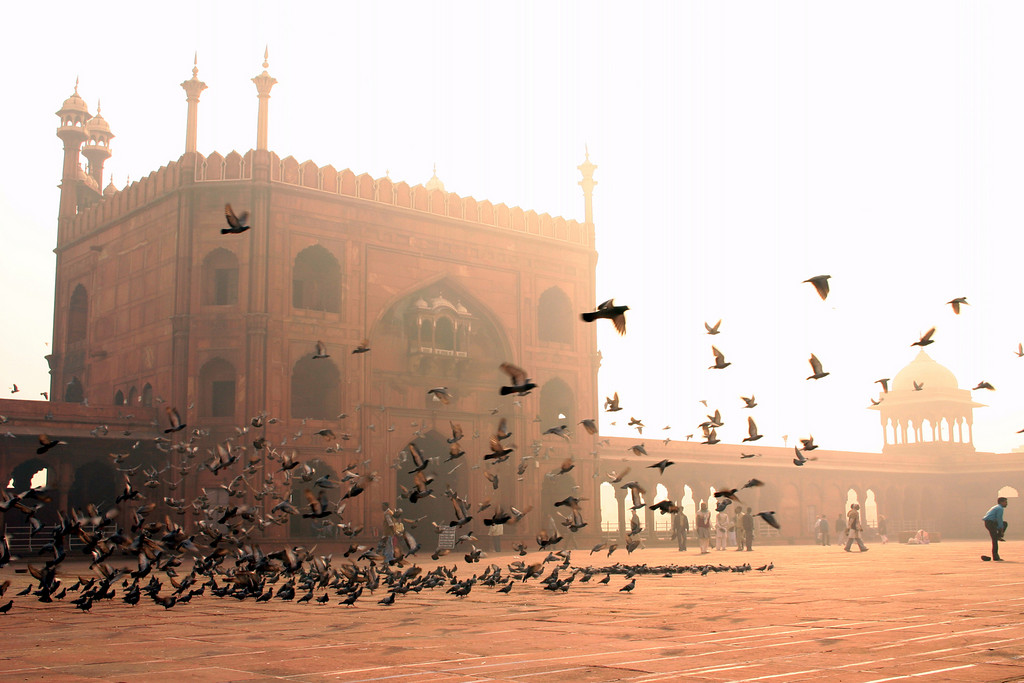 After breakfast, enjoy a comprehensive tour of Delhi. Start with Jama Masjid, one of Asia’s largest mosques. It was built in red sandstone and marble by more than 5000 artisans. Continue to Chandni Chowk, Asia's largest wholesale market and a bustling area with shops, bazaars, and sacred spaces. Drive past the Red Fort, a UNESCO World Heritage Site, built by the Mughal emperor Shah Jahan in 17th century.

Continue to Raj Ghat, a simple memorial to Mahatma Gandhi. Named after a historical ghat of Old Delhi located nearby, Raj Ghat marks the spot where Gandhi was cremated after his assassination in 1948. Housed in an open-air garden area inside a walled complex, the memorial consists of a simple, flat black platform (reflecting the simplicity of Gandhi’s life) that is kept constantly decorated with an abundance of fresh flowers.

After lunch, drive past the India Gate, Parliament House, the Secretariat Buildings and the Vice Regal Palace, now the official residence of the President of India. End your tour with a visit to Qutub Minar, a UNESCO World Heritage Site and the second tallest minaret in India. It is made of red stone and marble covered with intricate carvings and verses from the Qur'an.

After breakfast, drive to Agra (4 hours). Upon arrival, transfer to your hotel.

After lunch visit the Agra Fort, the seat and stronghold of the Mughal Empire under successive generations. Approachable by two imposing gates and constructed of red sandstone, the citadel was built by the Mughal Emperor Akbar between the years 1565 and 1573. Encircled by a moat, this dramatic city within a city was the palace of three emperors, Akbar, Shah Jahan and Aurangzeb, each of whom made significant contributions to the wonderful architecture of the inner buildings – a combination of Persian (Islamic) and local Hindu styles.

Continue to the Mehtab Bagh or the Moonlight Garden situated on the opposite bank of the Taj Mahal. It offers sweeping sunset views of the Taj Mahal reflected in the River Yamuna. The Mehtab Bagh is a four-garden layout, typical of Mughal constructions, with beautiful flowering plants, pools, and fountains. 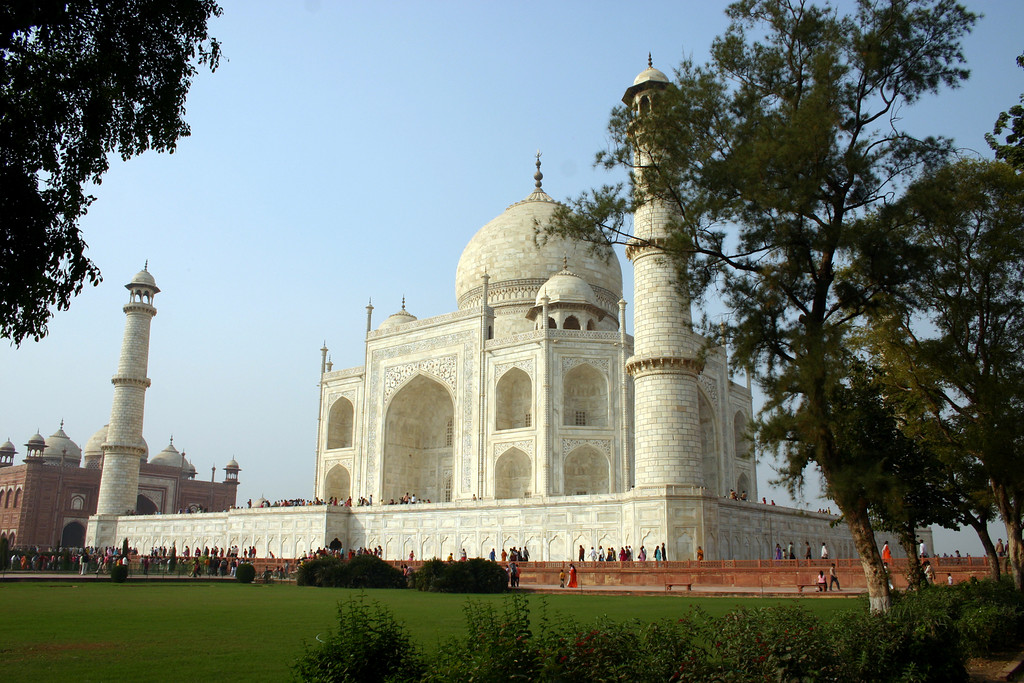 In the morning, visit the Taj Mahal at sunrise. Built in the 17th century by the Mughal Emperor Shah Jahan for his beloved wife Mumtaz Mahal, the Taj took over 22 years and 20,000 men to build. The monument is truly a wonder of the world. Return to your hotel for breakfast.

Later, drive to Ranthambore (5.5 hours) and transfer to your hotel. Ranthambore is one of the most filmed wildlife reserves in the world. It was declared a wildlife sanctuary in 1955 and became a part of Project Tiger in 1973. As the park is relatively small, guests often view leopards, tigers, and jungle cats.

Evening at leisure and overnight in Ranthambore: Hotel: Ranthambore Regency 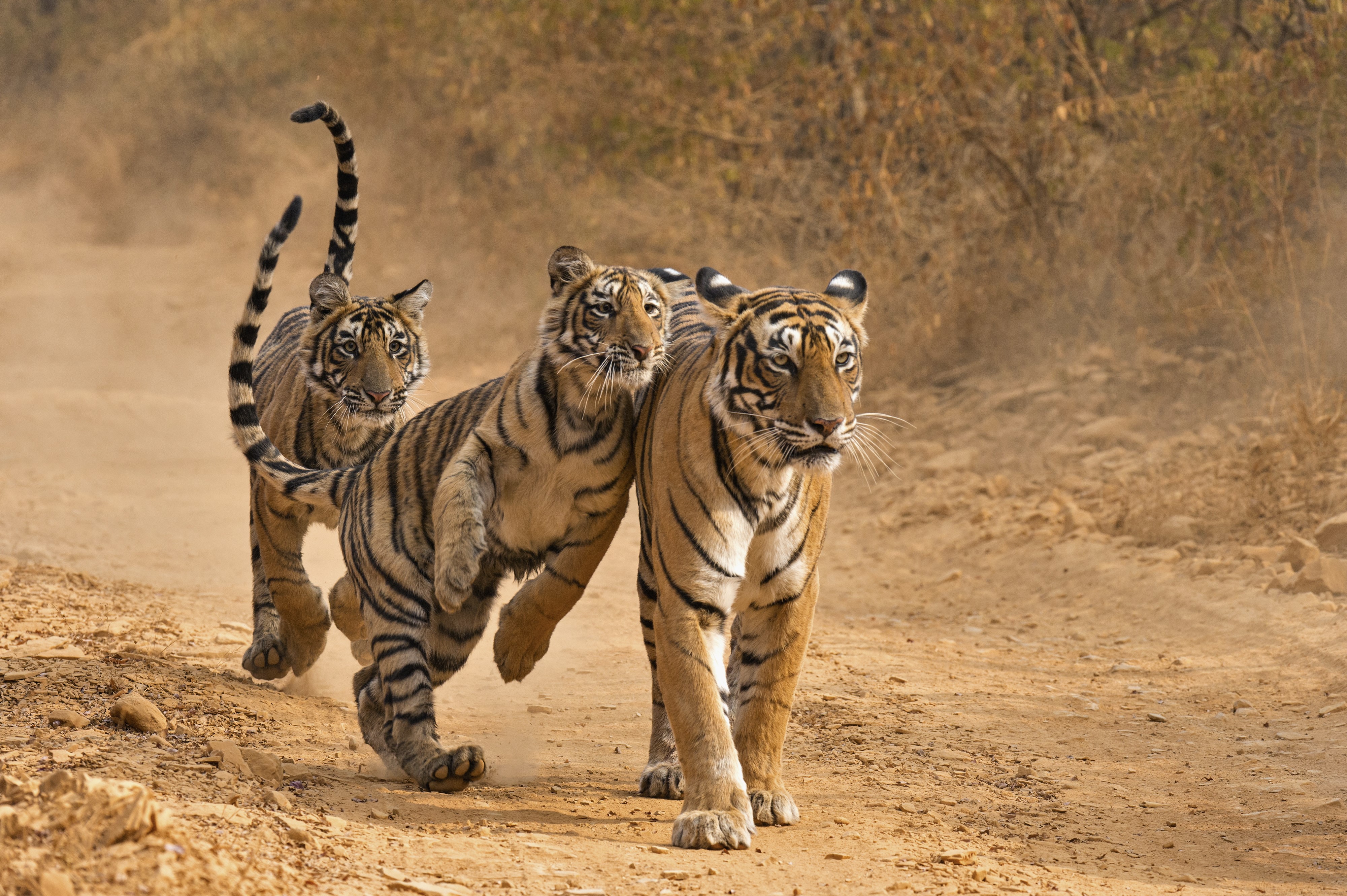 Your day is reserved for a morning and afternoon game drive in Ranthambore. Experience the forests that are home to Tigers, Leopards, Striped Hyenas, Sambar deer, Chital, Nilgai, and over 250 species of birds. The duration of the safari is around 3 hours and accompanied by an expert naturalist.

After breakfast, drive to Jaipur (4 hours). Jaipur, the vibrant capital of Rajasthan, owes its name, foundation and planning to the great astronomer and warrior Maharaja Jai Singh II. The city is fondly called the “Pink City” due to the pink colored buildings and avenues.

In the evening, enjoy a cooking demonstration and dinner with a local family. Learn about the spices and preparation of regional dishes while celebrating India's traditions through the art of food. 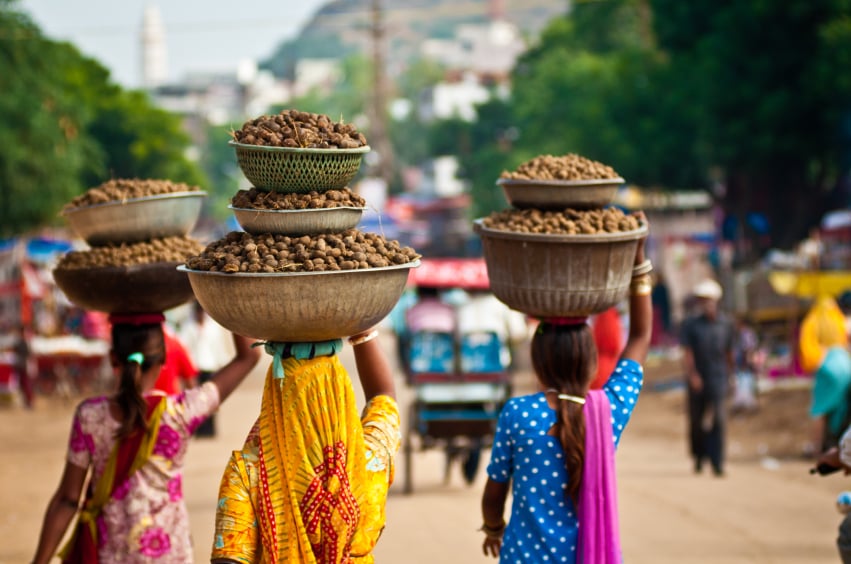 After breakfast, visit the Amber Fort. In the fort, you will see magnificent palaces and halls covered with mirrored mosaics. Perfectly picturesque, this 16th century hillside residence is well preserved, boasting grand pavilions and mirrored halls that open onto flourishing gardens and courtyards. Although the palace’s main construction started in 1592 by Maharaja Man Singh, it was added to over the years by successive rulers and continued to be occupied by them until Jaipur was built. Please note: The final ascent can be made by jeep or elephant.

Also view the Palace of the Winds (Hawa Mahal) and visit Jantar Mantar, the solar observatory built in the 18th century. It includes a set of some 20 main fixed instruments. They are monumental examples in masonry of known instruments but which in many cases have specific characteristics of their own. Designed for the observation of astronomical positions with the naked eye, they embody several architectural and instrumental innovations. This is the most significant, most comprehensive, and the best preserved of India's historic observatories. It is an expression of the astronomical skills and cosmological concepts of the court of a scholarly prince at the end of the Mughal period.

In the afternoon, meet with artists of Blue Pottery. Blue Pottery is widely recognized as a traditional craft of Jaipur, though it is Turko-Persian in origin. The name 'blue pottery' comes from the eye-catching cobalt blue dye used to color the pottery. It is one of many Eurasian types of blue and white pottery, and related in the shapes and decoration to Islamic pottery and, more distantly, Chinese pottery. It is relatively unusual as a type of quality or luxury Indian pottery, most Indian types being functional and though often highly decorated, relatively low prestige wares.

Today is at leisure to immerse in the beauty of Jaipur. Explore the local markets, sample chaats and chai, or relax by the pool. Optional experiences will be available for a supplement.

Morning at leisure. Later, drive to Delhi (5.5 hours) and enjoy a festive farewell dinner with your group. You will then be transferred to the airport for your onward flight with magical memories of enchanting India! Bon Voyage!

Upgrade to a private program for only $350 per person, double occupancy!

A $300 non-refundable deposit secures your reservation. The balance is due 60 days before travel.

-OR-
Design Your Trip